'Pharoah' Half Brother Impressive in Return at Del Mar 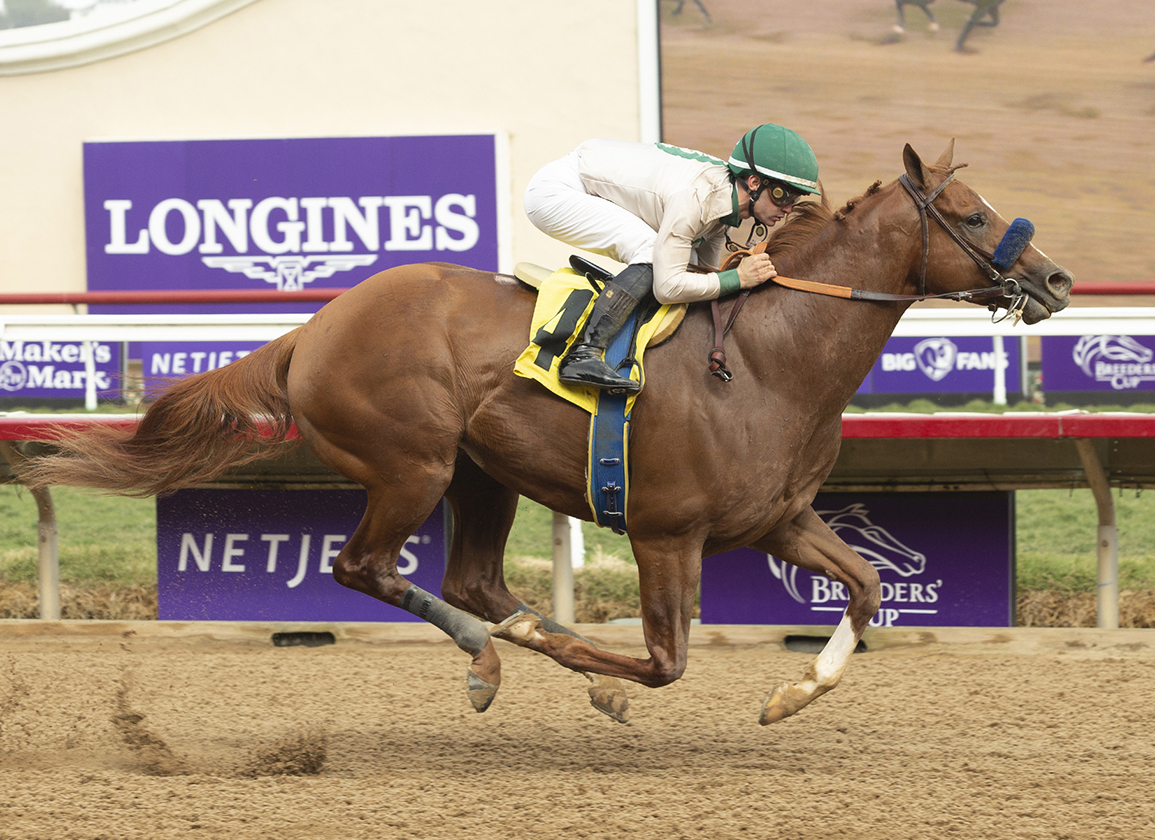 1st-Del Mar, $102,000, Alw (NW1$X)/Opt. Clm ($40,000), 11-5, 3yo/up, 6f, 1:08.44, ft, 2 1/4 lengths.
TRIPLE TAP (c, 3, Tapit–Littleprincessemma {Broodmare Of The Year}, by Yankee Gentleman), an impressive TDN Rising Star-earning winner of his debut at Santa Anita in Mar. 13, marked his return to the races in style Friday afternoon, coming from well off the pace to win in the first race at Del Mar. Settled near the back of the field early as the pacesetters exchanged blows up front through :21.64 and :43.73, the 9-5 favorite swung out several paths wide turning for home. Remaining on the wrong lead in early stretch, the half-brother to Grand Slam champion American Pharoah finally made the switch, quickly shot into contention and flew by Sumo (Not This Time) late to score by 2 1/2 lengths. In addition to Horse of the Year American Pharoah (Pioneerof the Nile) (Ch. 3-year-old Colt, Triple Crown, Ch. 2-year-old Colt, MGISW, $8,650,300), the chestnut is also a full-brother to GISW Chasing Yesterday ($488,650) and a half to GISP American Cleopatra (Pioneerof the Nile). The 2015 Broodmare of the Year Litteprincessemma was purchased by Jane Lyon's Summer Wind for $2.1 million carrying the subsequently Group 3-placed St Patricks Day (Pioneerof the Nile) at Fasig-Tipton November in 2014. She is also responsible for an unraced juvenile filly by Tapit named Lasting Tribute followed by a filly and colt by the Gainesway sire the last two seasons. She was bred back to Tapit. Lifetime Record: 2-2-0-0, $96,600. Click for the Equibase.com chart or VIDEO, sponsored by TVG.
O/B-Summer Wind Equine LLC (KY); T-Bob Baffert.