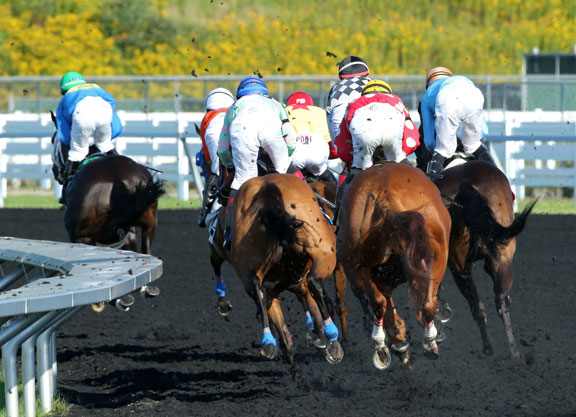 People for the Ethical Treatment of Animals, a longtime critic of many of the practices in horse racing, has purchased stock in four companies which own racetracks–VICI Properties, Boyd Gaming, Penn National Gaming, and Gaming and Leisure Properties—in order to make their case in the boardroom, according to a press release from the organization.

The release says that, “PETA's proposed changes include replacing dirt tracks with high-quality synthetic ones, banning trainers who have multiple medication violations, and banning whipping. Tracks will be encouraged to work with state racing authorities when necessary.”

While not saying so directly, PETA's Senior Vice President Kathy Guillermo hinted that the organization was pleased with the recently concluded Santa Anita meeting, where there were no training or racing fatalities.

“Track owners in California and Kentucky are changing their rules and sparing horses a gruesome death, and every track owner in every racing state needs to do the same,” says PETA Senior Vice President Kathy Guillermo. “PETA is eager to get inside the boardroom and push racetracks to make simple changes that will make a world of difference for vulnerable horses.”