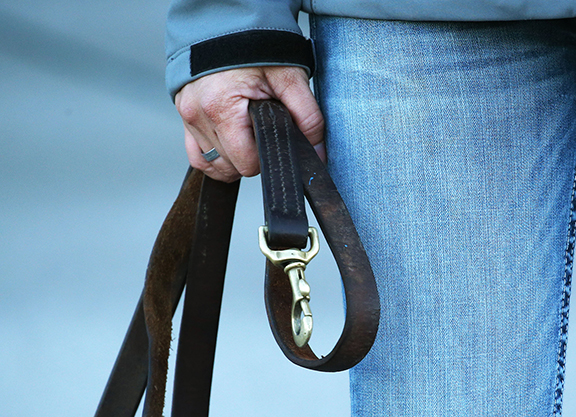 SARATOGA SPRINGS, N.Y. — George Weaver feels it. So do Chad Brown, Todd Pletcher and Shug McGaughey. Among the many new issues that Thoroughbred trainers across the country must contend with during the 2020 pandemic is a shortage of skilled staff.

In recent years, it has become more difficult for horsemen to secure all the H-2B visas that they desire to legally bring foreign nationals into the country as guest workers. The arrival of COVID-19 in late winter closed U.S. consulates, compounding the problems, preventing visa holders from getting their entry documents from the State Department. On June 22, President Donald Trump signed an executive order suspending the visa program through December, a move designed to help the tens of millions of unemployed Americans find jobs.

“It is a problem,” said McGaughey, who is missing some of his hotwalkers and could use another exercise rider. “The bad part about it is that Trump, or the government, just does not realize that these are jobs that American people refuse.”

That's the rub. One of the key provisions of the H-2B visa program is that the jobs must first be offered to Americans before foreign residents can be hired. Trainers say they are always interested in hiring U.S.-based employees for the positions, primarily grooms and hotwalkers.

“The people that are needed, nobody wants to do this work,” Weaver said. “It's not even about the money, nobody wants to wake up at 3:30, 4:00 in the morning every single morning or even six mornings a week. They don't want to do it.”

Immigration attorney Will Velie of Norman, Oklahoma, is an expert whose Horseman Labor Solutions company has been helping trainers staff their stables with guest workers for 15 years. Velie estimated that approximately 1,500 people come into U.S., primarily from Mexico and Central American countries to work in the Thoroughbred racing industry. He said it costs trainers between $1,500 and $2,000 per worker in fees and legal expenses. In addition, trainers must pay for travel back and forth to the employees's home countries and other costs.

“They would not do this if they didn't have to,” Velie said. “The only reason they are doing this is because they don't have the people to do the work anymore.”

Velie said the pandemic, which led to border closings and the pause on the admission of people who do already had been approved for visas, has made a tough situation worse.

“It's particularly bad this year,” he said. “It's always bad. It's been bad for a long time. So you've got this confluence of factors that make it to where it is very difficult to find enough workers on the backside of the track, even with 25 million unemployed people.”

Weaver said none of the dozen or so internationals he had planned for are with him this summer at Saratoga Race Course. His exercise riders are helping out with hotwalking and he said that some of his grooms have to deal with six or seven horses every day, rather than the norm of four or five.

Like the other trainers, Weaver said his stable is getting by, but he is frustrated by how the situation played out despite doing the proper planning.

Pletcher's stable has been hit hard. He said that none of his 35 guest workers was able to come into the country before the program was closed.

“It has affected everyone,” he said. “We have a large number of visa employees that were approved but have not been allowed to come over. We've had to have our staff pull off some overtime, put in extra hours and extra work. Yeah, it has been a hardship for a lot of people. This would be our peak time of the year, so we would have over 100 employees. We have similar numbers, in some cases less-experienced.”

Pletcher nodded at the suggestion that some of his staff is receiving on-the-job training.

“Pretty much,” he said. “At the same time you want new people coming into the business and learning. A lot of our visa workers have been with us for a long time, know the system and are skilled professionals.”

Eric Hamelback, the CEO of the National Horsemen's Benevolent and Protective Association, said that the jobs Pletcher and the other trainers must fill might seem to the casual observer to be low-level duties easy for most people to handle.

“It is a skilled labor. Yes, it's hard work. It is agricultural,” he said. “But it's skilled when you are dealing with animals, whether they are a multi-million dollar horse or one that is a $5,000 claimer. They can kill you in a heartbeat and it takes a certain strength and skill to work in this field. You can't just grab someone off the street and expect them to be able to hotwalk, much less groom.”

Hamelback said that his organization, which represents nearly 30,000 trainers and owners, is working with the National Horse Council and the National Thoroughbred Racing Association to build congressional insight and support for changes to help the industry with the visa program.

Every year, the Thoroughbred industry is vying for a share of the 66,000 H-2B visas that are allotted. During the year, the White House may add more visas to the pool. The demand is intense: 100,000 applications for the 33,000 H-2B visas available in the first round for 2020.

“This is a big topic and it is a lot of work,” Hamelback said.

Much like Pletcher, Brown has a very large operation and relies on foreign workers to fill some of his staff positions.

“It's been challenging,” he said. “Thankfully, we have some of our workers who have been able to successfully come in before some stuff got shut down. Not all of them. I know some other trainers that are not in a good spot. It has really affected us. It has caused us to really change the management of our stable, such as how many we are able to have in New York.”

Brown continued, “Thankfully, our team has all pulled together and everyone has picked up the slack. Our business is no different than a lot of other businesses, probably, just trying to get through this pandemic, knowing that there is probably light at the end of the tunnel, that it's not going to be this way forever. Keeping that mindset. Getting through each day the best we can.”