Home » Archive » Europe » Palmer Has Jersey In Mind For Escobar

Palmer Has Jersey In Mind For Escobar 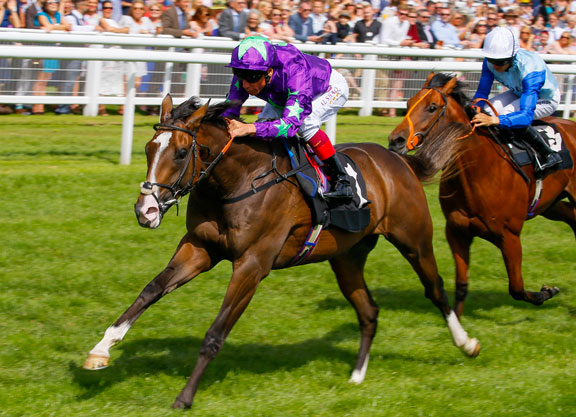 Hugo Palmer has decided to train the smart Escobar (Ire) (Famous Name {GB}) for the G3 Jersey S. at Royal Ascot in three weeks time. Once thought a potential Guineas candidate following a win in the Listed Denford Stud Washington Singer S. at Newbury last year, Escobar swerved the mile Classics and began his season over the same trip in the Listed Heron S. at Sandown last week. Despite only missing out by a neck to Khafoo Shememi (Ire) (Dark Angel {Ire}) Palmer thinks the Fiona and Ian Carmichael-Jennings owned colt could benefit from dropping back a furlong. “We are going to think about the Jersey with him as he has got that seven-furlong speed,” said the trainer. “It looked like he came there to win his race at Sandown and I know the winner had the run of the race, but it was possible that he just outstayed us over that stiff mile. Seven furlongs at Ascot should suit him and the owners are from Jersey, so it would be lovely to win the Jersey for them,” he added.