Oxted On Course For 2022 Campaign 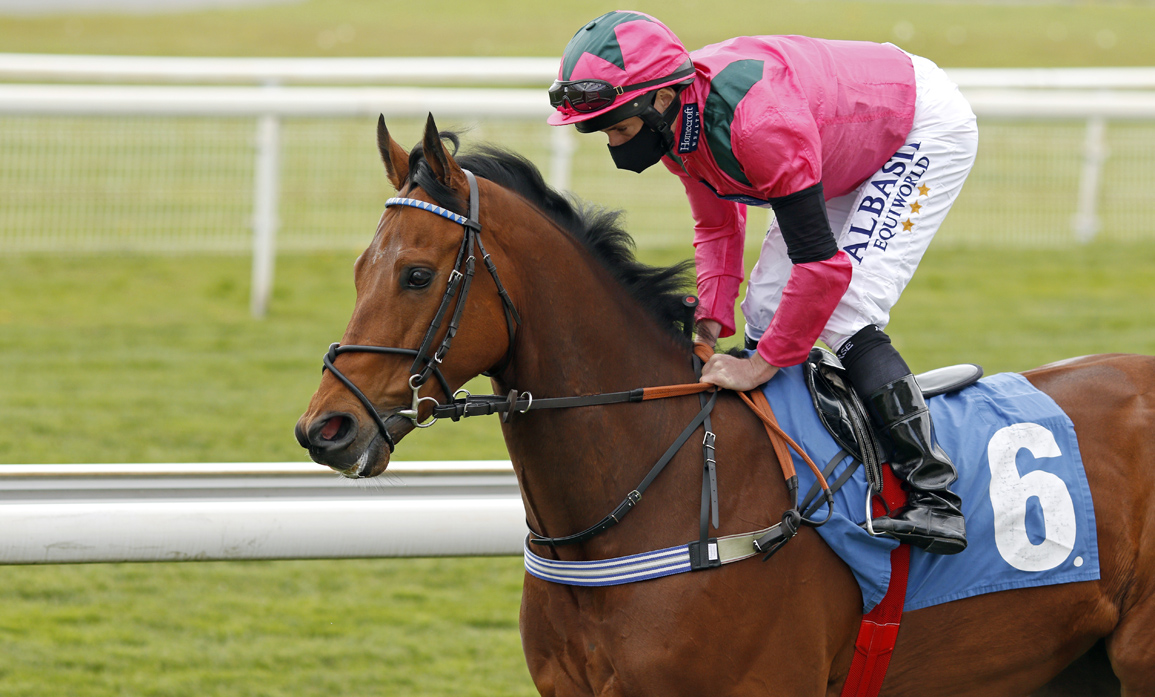 Trainer Roger Teal looks to have plenty of talented runners to look forward to this year, none more so than his stable star Oxted (GB) (Mayson {GB}), who is making good progress toward a return after missing the second half of 2021 due to injury.

Oxted looked a somewhat surprise package when winning the G3 Abernant S. and G1 July Cup in 2020 as a 4-year-old, and the gelding proved those victories were no fluke when returning last year to take the G1 King's Stand S. at Royal Ascot and place in the latest renewals of the July Cup, Abernant and G2 Duke of York S. He was benched following last year's July Cup, however, to have a bone chip removed.

“We knew it was there, it was a floating chip, but we had always monitored it and it has never really been too much of a problem,” Teal explained. “But when he hung across the track at Newmarket, we had an MRI scan because the X-rays weren't really showing where it was, and it had moved between the joint, so it was time to take it out.”

“Oxted is back off his holidays and doing a little light exercise at the moment, just tipping away quietly and we will see how he goes over the next couple of months and make a plan,” Teal added. “He has just had a long recovery, as much time as you can give him, and touch wood, that will give him every chance to have a full recovery. He looks amazing. He has come back and he looks like a bull. We are thrilled with the way he looks.”

Teal said Oxted's schedule will not look much different than it has the past two seasons.

“Obviously his main target will be the July Cup and the King's Stand again, probably,” he said. “The Abernant at Newmarket or the Duke Of York that we ran in last year will be his starting point. It will be either one of those two, I should think.”

Teal also has Oxted's 4-year-old full-brother Chipstead (GB) on the books. He capped a seven-race 3-year-old campaign last year with three successive wins over five and 5 1/2 furlongs at Bath and is rated 87.

“Chipstead came good at the back end of last season and the penny finally dropped,” said Teal of the colt. “He had a lot of ability, but his brain didn't really match his ability. But once the penny dropped, he got the hang of it and he came forward and finished the season on a high, winning three in a row, including the Bath Series Final. I went to see him the other day and he looks brilliant as well.”

Another sprinter that Teal is looking forward to for 2022 is Austin Whelan's Whenthedealinsdone (GB) (Dark Angel {Ire}), who won twice last summer at three, including at Glorious Goodwood, after being gelded and who was fifth when last seen in Doncaster's Portland H. in September.

“We are very excited about him,” said Teal. “He had a good season, winning at Glorious Goodwood. It was just unfortunate that the ground went against him in the Portland, but I'm very excited by him. Hopefully, he will progress into a pattern horse this year. He is on a rating of 96 at the moment. He was a big 3-year-old, probably too big for his own good, size-wise. He has just come back from Charlie Vigors's Hillwood Stud and he looks an absolute picture. He was always a big, rotund horse, but he has filled his frame now, and he and Oxted look like two peas in a pod.”

On the opposite end of the distance spectrum Teal has Ocean Wind (GB) (Teofilo {Ire}), who in three runs last spring was second to Sir Ron Priestley (GB) (Australia {GB}) in the Listed Further Flight S. and to Stradivarius in the G3 Sagaro S., and third as the favourite in the G3 Henry II S., since which he has been on holiday.

“Ocean Wind has had a nice long break and is due to come in shortly,” Teal said of the 6-year-old entire. “He is doing some light prep work. I'm not sure what we are going to aim at yet. We will wait until the programme book comes out and then we will start making a plan.”