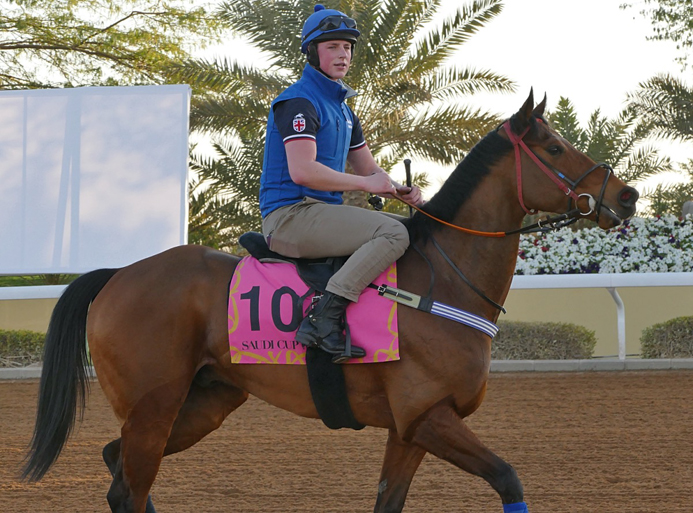 A total of 23 horses have been confirmed for the July 10 G1 Darley July Cup at Newmarket, including Roger Teal's 2020 victor Oxted (GB) (Mayson {GB}). Second in the G3 Abernant S. at HQ on Apr. 15, the entire was third behind the reopposing Starman (GB) (Dutch Art {GB}) in the G2 Duke Of York S. on May 12, prior to doubling his Group 1 tally in the G1 King's Stand S. at Royal Ascot on June 15. Dual group winner and last out June 19 Wokingham S. hero Rohaan (Ire) (Mayson {GB}) and listed winner Line Of Departure (Ire) (Mehmas {Ire}) were both supplemented.

“It feels like a real championship race, you have all the best horses of the generation in there, but it's a shame not to have the Diamond Jubilee winner there alongside the King's Stand winner,” Starman's trainer Ed Walker said. “Starman has got an opportunity to be the sprinter of his generation because he's only got the one blip on his record, I'd love to think he could be the next Muhaarar.

“He's done absolutely nothing wrong bar that run on bad ground, I just don't know how much is up his sleeve–only he can answer that question and hopefully he does answer it on Saturday.”

Group 3 winner Chil Chil (GB) (Exceed And Excel {Aus}) is “at the top of her game” according to her trainer Andrew Balding and is trying the Group 1 level for the first time. The King Power Racing 5-year-old is lining up for the July Cup. A half-sister to four-time Group 2 winner Beat The Bank (GB) (Paco Boy {Ire}), Chil Chil saluted in a May 1 handicap at Newmarket and earned a career high when saluting in the G3 William Hill Chipchase S. at Newcastle on June 26.

“She will go for the July Cup if the ground is good or faster,” said Balding. “She showed some pretty useful form last year when conditions were right and she was a little bit unfortunate on a couple of occasions. Beat The Bank, her brother, got better with age and it appears she is. It is a big step up in class but she likes the track at Newmarket and I don't see why she won't like this one, so why not have a go?

“She travelled strongly at Newcastle and I was impressed with the way she picked up in the second half of the race. She is clearly a filly at the top of her game. It would be nice if she could prove up to this level.”