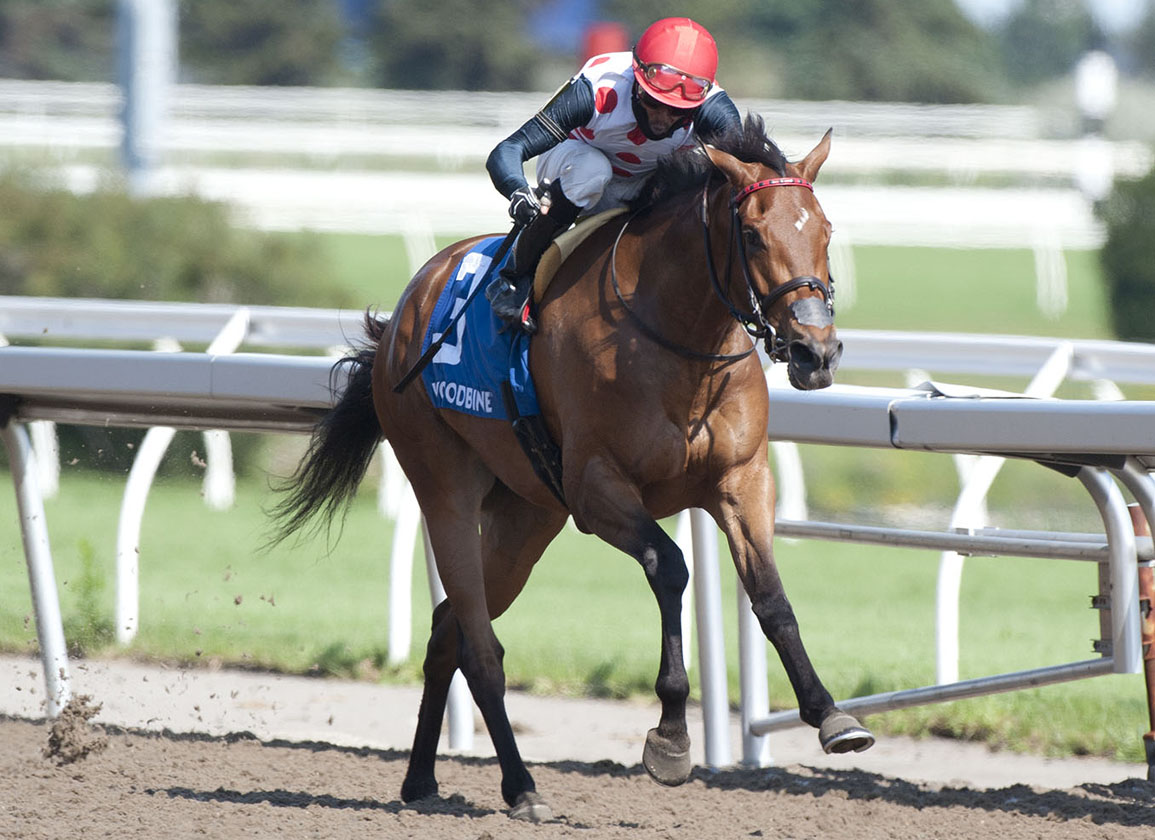 Our Flash Drive (Ghostzapper) looks to extend her hot streak in Sunday's GIII Ontario Colleen S. at Woodbine. After two unsuccessful starts at Saratoga, the Live Oak homebred broke through in her first try on the local synthetic June 19. She followed suit with a decisive score in the two-turn GIII Selene S. July 10 and tried turf for the first time here. Her trainer Mark Casse also saddles Salty as Can Be (Into Mischief), who captured a local optional claimer last time July 15; and I Get It (Get Stormy), last seen fading to ninth in the GIII Wonder Again S. June 3.

Fourth on debut behind Seasons (Tapit) in her two-turn debut on the Saratoga lawn last August, Misspell (American Pharoah) earned her diploma next out at Churchill in September. The Peter Brant colorbearer rallied to finish a nose second last out in a Saratoga optional claimer July 17.

Chuck Fipke homebred Speightstown Shirl (Speightstown) is also worth a look in this test. Second in her first three attempts, the bay graduated next out on the local lawn June 12 and was a close second again in a two-turn allowance at this oval July 23.