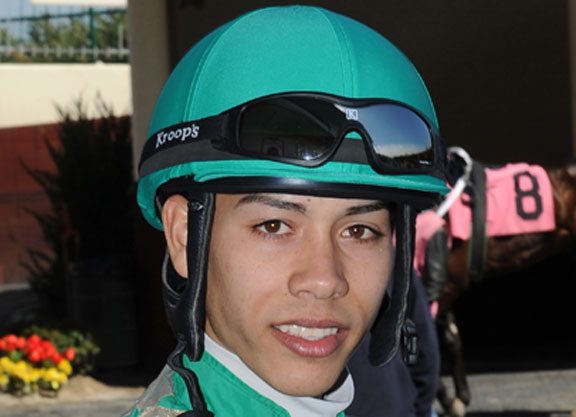 Jose Ortiz and Luca Panici will both be sidelined for several weeks. Ortiz fractured his wrist Saturday after being unseated by Atone (Into Mischief) in the post parade of race three. He climbed back aboard and rode the race, but was off his mounts the rest of the day. He will be forced to miss the call aboard Tacitus (Tapit) in the $20-million Saudi Cup Feb. 29.

Panici fractured his collarbone Friday afternoon when he was thrown from Terrible Tara (Revolutionary) in race 10 after she hit the rail. He will be forced to miss rides on GIII Sam F. Davis S. winner Sole Volante (Karakontie {Jpn}) in the GII Lambholm South Tampa Bay Derby Mar. 7 and his stablemate Ete Indian (Summer Front) in the GII Fountain of Youth S. next week. Florent Geroux will replace Panici on both Patrick Biancone trainees.