One Ruler Returns In Dubai 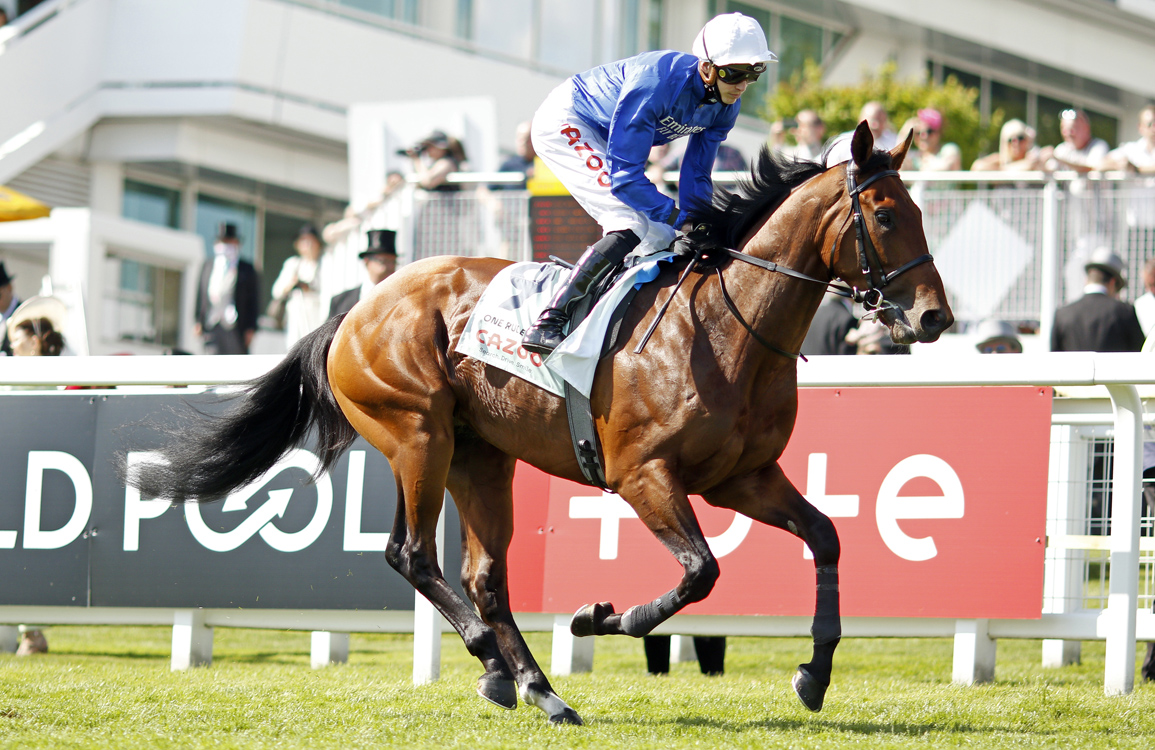 One Ruler heading to post for last year's Derby | racingfotos.com

One Ruler (Ire) (Dubawi {Ire}), once considered a leading Classic contender for Godolphin and Charlie Appleby, looks to get his career back on track when he steps out in Friday's Zabeel Trophy, a one-mile conditions race on the turf, at Meydan.

One Ruler, a homebred out of the former Andre Fabre-trained triple group-winning miler Fintry (Ire) (Shamardal), won the G3 Autumn S. at Newmarket in 2020 and was three-quarters of a length second to Mac Swiney (Ire) (New Approach {Ire}) in the G1 Vertem Futurity Trophy. He managed only sixth, however, in the following spring's G1 2000 Guineas, and filled the same position behind stablemate Adayar (GB) (Frankel {GB}) in the G1 Derby. One Ruler finished third when dropped down to 2000 metres for the G3 Hampton Court S. at Royal Ascot, and fared better when given further distance and class relief, finishing third in the Listed Sir Henry Cecil S. and fourth, beaten a length, in the Listed Prix de Tourgeville, both over a mile. One Ruler races for the first time as a gelding on Friday, and is partnered by William Buick.

Appleby saddles three in the Zabeel Trophy, and another 4-year-old looking to get his career back on track after a gelding operation is La Barrosa (Ire) (Lope De Vega {Ire}). The 750,000gns yearling won the G3 Tattersalls S. at two, but his best finish in three starts last year was a second in the G3 Craven S. He is partnered by James Doyle, while Richard Mullen takes the ride on Appleby's 5-year-old Path Of Thunder (Ire) (Night Of Thunder {Ire}), who won a mile Newmarket July meeting handicap but hasn't been seen since finishing down the field in a Glorious Goodwood handicap.

Musabbeh Al Mheri sends out Alfareeq (Ire) (Dark Angel {Ire}), who won at Abu Dhabi last out on Dec. 19 and is rated 107, and the trainer said, “He's had one run at Abu Dhabi after a long break and has been training well. He faces a tougher task this time but he's got the ability and the mile is his best trip. We are hoping he runs well.”

“It's a different class of race and it's going to be tough and competitive,” said Charpy. “He has a good enough draw and has been doing well and we remain hopeful of his chances.”

Bhupat Seemar has started off well since temporarily taking over the reins from his uncle Satish Seemar at Zabeel Stables, and he sends out Nordic Lights (GB) (Intello {Ger}) among his 20 runners on Friday's nine-race card for his first run off a near three-year layoff since being purchased from Godolphin.

“He hasn't run for a while and his true distance is perhaps longer, but this looks like a good place to start him and we'll see how he goes,” Seemar said.