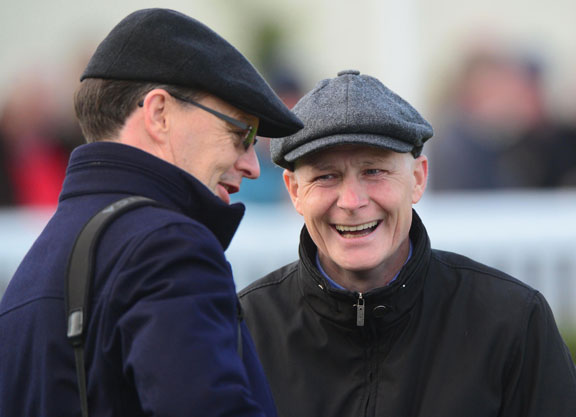 While Smullen's and O'Brien's wives Frances Crowley and Annemarie O'Brien are sisters and highly accomplished horsewomen, Smullen spent much of his career in rivalry with O'Brien as stable jockey to Dermot Weld.

“Pat was one very special person–one of these people you meet once in a lifetime,” O'Brien told Sky Sports Racing. “He is irreplaceable. He was genuine, tough, consistent–an unbelievable horseman and a brilliant jockey. He helped everybody and was very sincere to everybody. Nothing about Pat was false–he was true to everybody. I think that's why he was so admired and will never be forgotten. We felt privileged to know him and to have worked with him and to be part of our family.”

High on Smullen's list of accomplishments was his Derby double aboard Harzand (Ire) (Sea The Stars {Ire}) in 2016, with O'Brien runners finishing second on both occasions.

“Pat beat us in two Derbys–he beat us at The Curragh and at Epsom,” O'Brien said. “We did everything in our power for that not to happen, but he had it worked out and had the power, the courage, the skill and the determination to make it happen. We're so delighted that he experienced those days.”