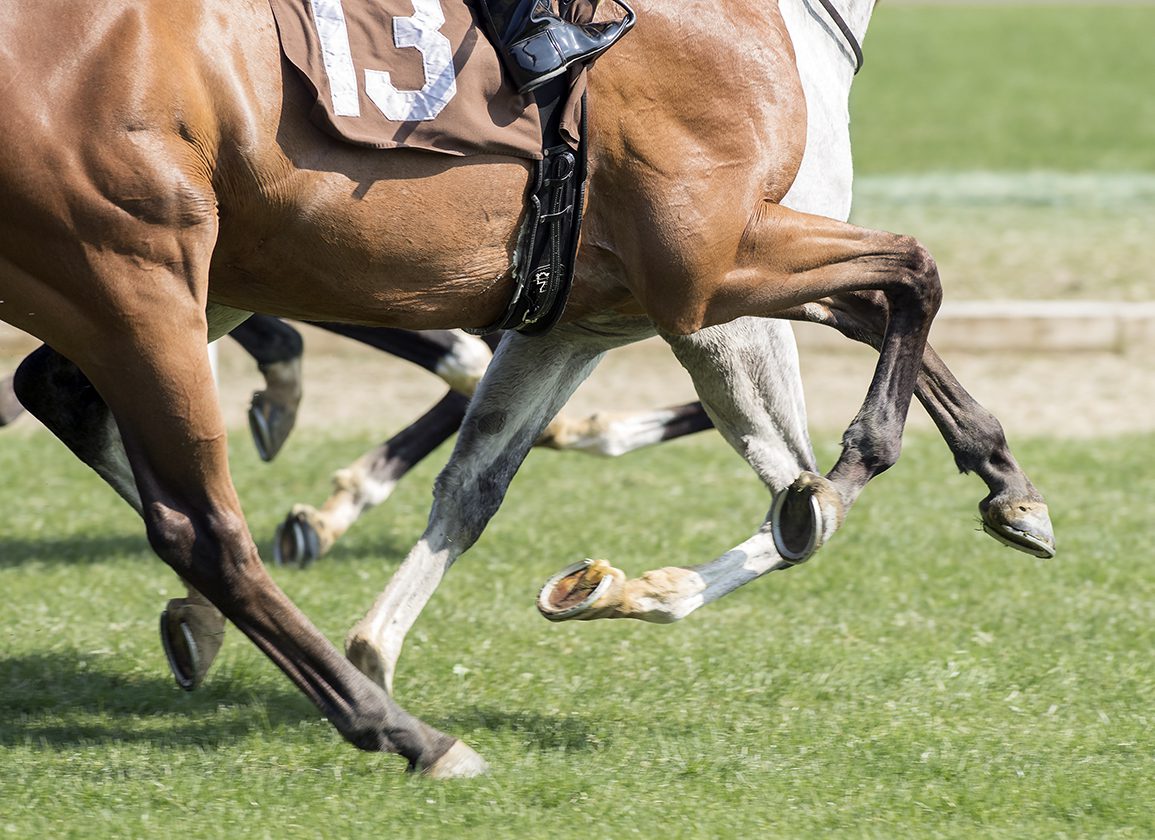 Since last summer, the New York Racing Association (NYRA) has trialed on thousands of runners a discreet sensor technology capable of detecting minute changes in a horse's gait at high speed.

Called StrideSAFE, the biometric sensor mechanism slips into the saddle cloth and works like a traffic light signal, providing a green for all-clear, an amber for possible warning (light amber better than dark amber), and a red for possible danger.

The ultimate aim of StrideSAFE–a focus of discussion during the recent Grayson-Jockey Club Research Foundation Welfare and Safety of the Racehorse Summit–is to detect soundness problems undetectable to the naked eye before they turn potentially catastrophic. Nearly 6,500 races later, the results are in.

Of the 20 horses that suffered fatal musculoskeletal injuries during the period of the trial, 17 of them had received a red rating in a race before suffering a catastrophic breakdown. One of the 20 had received a prior dark amber rating.

Crucially, these red and dark amber ratings were issued in either the race immediately prior to the breakdown or else two or three races back.

Just from the results of this study, therefore, the StrideSAFE technology detected 90% of those horses that suffered a catastrophic injury, sometimes weeks or even months in advance.

“This is obviously a very important group for the trainers to be on top of,” said Dr. David Lambert, founder of StrideSAFE.

Which leads to the next step along the path–a comprehensive program to first identify and then properly manage and diagnose the most at-risk horses.

That's because the 17 horses fatally injured which had received a red rating in prior races were among hundreds of horses red flagged throughout the trial.

While some of these flagged horses are at higher risk of suffering a catastrophic breakdown, others are also more likely to suffer a non-lethal career-ending injury, while some are just slow or ill-disposed to trying, said Lambert. The trick will be to quickly and accurately identify each.

“At this point last year, we were just observing trying to figure out what this all means. Now we know enough to say that a [cautionary] alert means you've got to get the horse looked at,” said Dr. Scott Palmer, equine medical director for the New York State Gaming Commission, about a new trainer email alert system to be unveiled at Saratoga.

“That means we're not just going to look what happens anymore,” Palmer added. 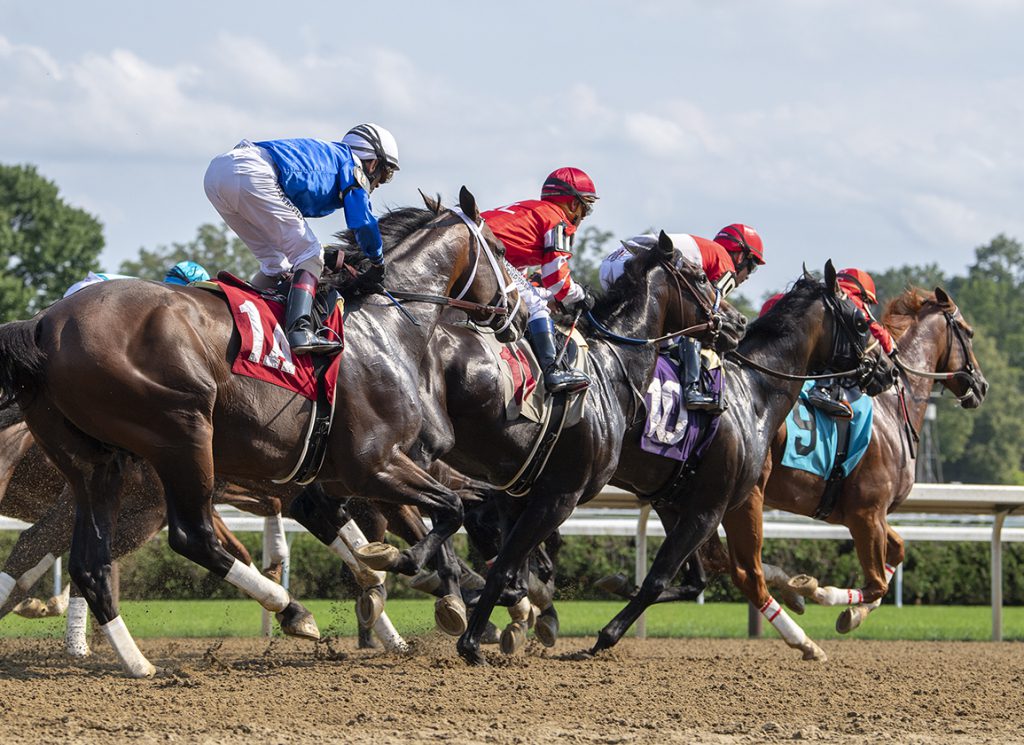 This wireless iPhone-shaped device fits snugly into the saddle towel, and eight hundred times a second, it takes an assortment of measurements to capture in minute detail the movement of the horse at high speed.

These measurements include the horse's acceleration and deceleration, the up-and-down concussive movement of the horse, and its medial-lateral motion–what is, in other words, the horse's movement from side to side.

Ultimately, the sensors capture the sorts of high-speed lameness invisible to the naked eye but significant enough to cause major musculoskeletal failures at some point down the line–unless, of course, someone intervenes on the horse's behalf first.

To understand exactly how StrideSAFE identifies almost imperceptible signs of lameness, it helps to break a single stride into three distinct stages.

In the first phase of the gallop, the hindlimbs load and propel the horse forward. In the second, the horse shifts its weight toward the front, its forelimbs acting like shock absorbers. This is followed by the lynchpin of the equation: A period of suspension, a mere fraction of a second, when the horse is entirely airborne.

If that horse is suffering a physical ailment or injury, it cannot adjust its body to compensate when its feet are grounded. It can only do this in midair, rotating its spine and pelvis in preparation for a more comfortable landing.

Imagine a racecar hurtling along at high speed, one of its bolts working loose.

“The horse does all kinds of things in the air, twisting and shaking and moving,” Lambert had previously explained to the TDN.

Which leads to the next important question: How are the red, amber and green ratings calculated?

While some 151 subtle variables are measured within each stride, only 15 are vital to highlight the important differences between individual horses, said Lambert.

Put together, they create a basic standard running from 0 (which is the safest green rating) to greater than eight (which is at the red-hot end of the spectrum) against which all horses can be compared.

At the highest end of that spectrum–a standard deviation greater than eight–the findings were remarkable. Horses awarded this rating in a prior race were more than 50% likely to suffer a fatal injury in a subsequent race or breeze.

This means that 865 horses were red flagged–a relatively small percentage of the overall runners.

But given how these horses aren't visibly lame–and as such, are tough to diagnose if harboring an underlying physical issue–that's still a lot of horses to sift through in order to identify the few most likely to breakdown. 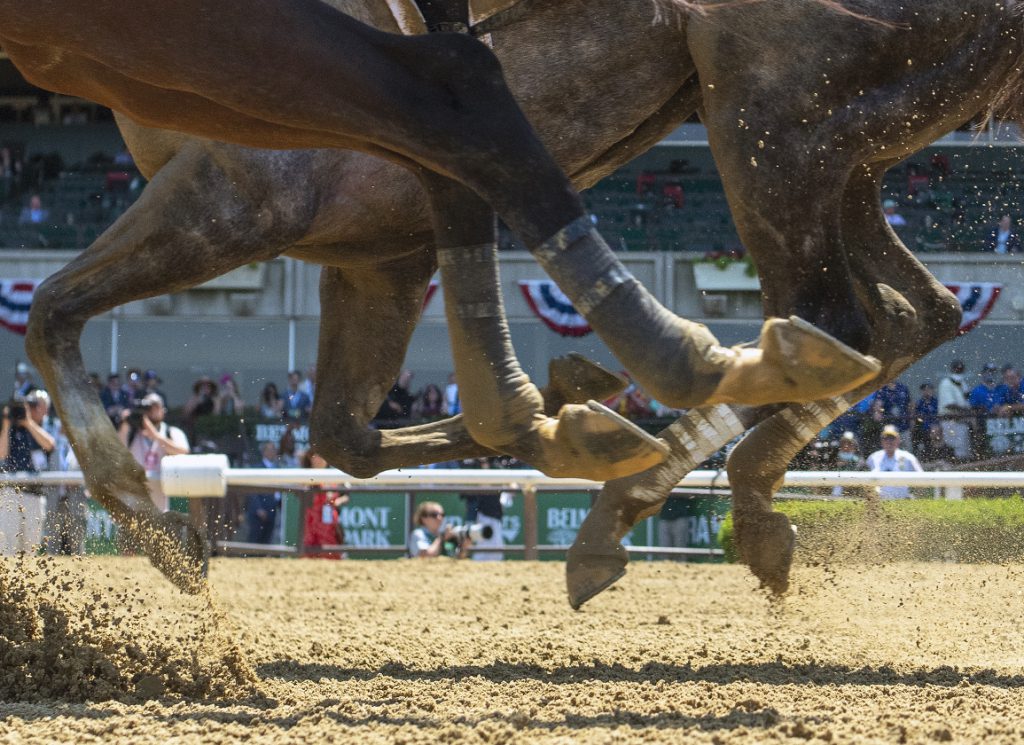 Lambert developed this technology with Mikael Holmstroem, a Swedish Ph.D. with expertise in equine conformation and locomotion, and Kevin Donohue, Ph.D., professor of electrical and computer engineering at the University of Kentucky.

And so, Lambert and this team tweaked the algorithm to identify the most at-risk horses and shave off the horses in less immediate danger. In doing so, they zeroed in on 7.4% of the population.

“You find the pattern and then you direct the modeling,” explained Lambert. “And when we did that, we found that 40% improvement and got us down to around 7% without missing any of the [fatally injured horses].”

That's not to say the other red-flagged horses should be ignored, for the study proves how physical deterioration leading up to a catastrophic musculoskeletal injury is typically a long degenerative process over weeks and even months.

This tallies up with the scientific literature on fatal breakdowns which shows just how frequently pre-existing lesions appear at the actual site of the injury.

“This is not a case of them being sound one moment and broken the next. This process is a continuum,” said Lambert. “It's not reliable as a soundness screen,” he added, “it's intended as a breakdown screen.”

That same study hasn't yet been done for red-flagged horses, says Lambert. But an analysis at the start of the program found that only about 40% of the horses that had a red classification were able to race at all over the next four months after the analyzed race.

This means that once a horse has received a cautionary flag, there needs to be a process in place to funnel it toward the right tool to diagnose the brewing issue. 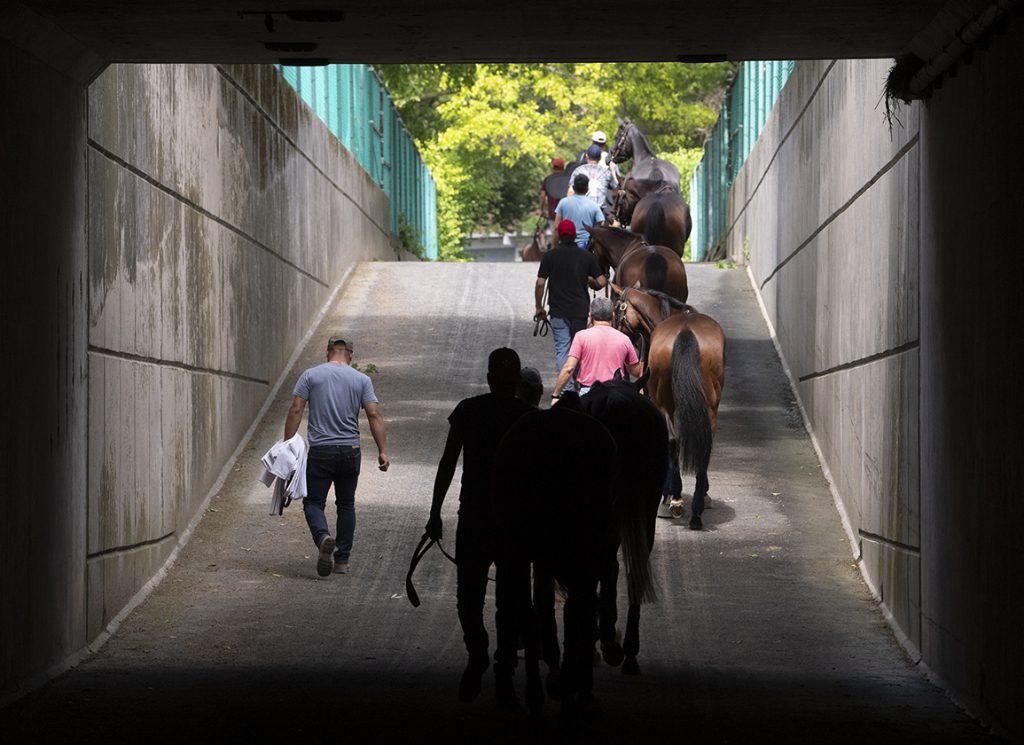 According to Palmer, he and the New York Thoroughbred Horsemen's Association (NYTHA) have recently launched a new system at Saratoga whereby the trainer of a horse given a cautionary flag in a race subsequently receives an email alert, or what is coined an “advisory letter.”

“A [cautionary] alert is not a 'Scarlet Letter'–it does not mean [the horse is] going to die or it's going to get a fracture,” said Palmer, about what such an email means. “The gist of it is, you need to get the horse examined by a veterinarian. That's the bottom line.”

Because StrideSAFE can detect lameness not visible to the naked eye, some of the brewing problems will only be detected using some of the more sensitive diagnostic technologies that are making their way onto the marketplace–but not always.

“Some of them [veterinarians and trainers] are going to be able to find something using flexion tests and usual diagnostic exams, hoof testers,” said Palmer. “These are not the sorts of things that are ordinarily done to a horse every day.”

Nevertheless, Palmer stresses that in the majority of cases, the added veterinary scrutiny will result in a diagnostic thumbs-up, calling it a “not one-size-fits-all” scenario.

“If it's a minor problem, the horse can get some time off, come back and everything's fine,” he said. “In some cases, I fully expect that we'll find nothing, and the horse will be able to go right back and race again.”

Given the work that lies ahead, NYTHA President Joe Appelbaum turned to a baseball analogy, describing the program at first or second innings.

“This is great,” said Appelbaum. “But we need as wide-ranging data set as we can find. We need to share that data and research it hard. We're at the beginning of this game, not the end.”