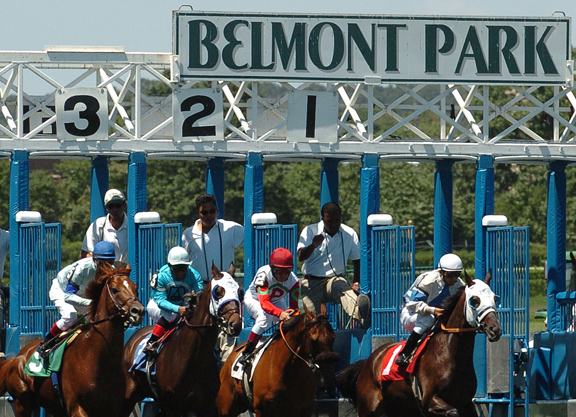 With the future governance of the New York Racing Association (NYRA) approaching a critical legislative turning point, the NYRA Reorganization Board of Directors meeting Wednesday was curiously quiet on such an important topic.

In April, after four years of operating Saratoga Race Course, Belmont Park, and Aqueduct Racetrack as a government-appointed committee, the NYRA re-org board had unanimously advanced a three-pronged set of re-privatization transition options to state officials. The board's stated goal was to have some new form of NYRA governance passed before the June 16 end of the legislative session (the re-org board had originally been slated to serve through October 2015, but its tenure got extended by one additional year).

Less than 24 hours before Wednesday's meeting, a group called the Concerned Citizens for Saratoga Racing launched a pre-emptive public awareness strike against a transition plan that is being floated, but has not yet been formally introduced, by Gov. Andrew Cuomo. The concerned citizens' organization said in a prepared statement that the governor's proposal “seeks to retain public control of NYRA and to unilaterally transfer funds legally designated for our state's Thoroughbred racing industry into the state's general fund.”

And on the morning of the NYRA board meeting, New York Senate Bill 7918 was introduced, which would, as of Oct. 18, put a hybrid public-private board in charge of NYRA.

Yet both of these news items were alluded to only in passing in the NYRA meeting's opening remarks by Michael Del Giudice, the NYRA board's vice chairman.

After his brief remarks, Del Giudice called for comments or questions from fellow board members, but was met only with a silence that hung heavy with the unspoken vibe of no one wanting to make any political missteps.

“The chairman of the Senate racing committee today came out with one bill, and I know that there are members from Saratoga working on legislation, so there will probably be a couple different versions of legislation that will be proposed and put forth, and ultimately between now and the end of the session, there will be a negotiation among the three [Assembly, Senate, governor] parties,” Del Giudice said.

Del Giudice should have a pretty fair idea of how New York's legislative process works: He was chief of staff to Assembly Speaker Stanley Steingut and director of state operations under Gov. Hugh Carey before becoming chief of staff to Gov. Mario Cuomo, the current governor's father. In 2010, the Wall Street Journal described Del Giudice as “one of the few people in Albany whom [Andrew] Cuomo regularly turns to for advice on running state government.”

Del Giudice continued: “We get called periodically with questions, and we respond. I've told [legislators] we've already laid out our recommendations, which we did at our last meeting, so that's our position. Anything that's not in there is something that would be up to them. So we're trying to preserve the right structure going into private control. We're trying to preserve the [gaming revenue] money that we're entitled to…I assume like everything else, the legislation will be introduced over the next ten days…Like everything else in Albany, it will occur probably toward the end of the session…And of course, if they agree on nothing, they can always do what they did last year, which is to extend it for one more year.”

After no one on the board commented or questioned Del Giudice, the meeting's agenda briskly moved on to a report from NYRA chief executive officer and president Christopher Kay.

Almost as baffling as the non-discussion of the re-privatization plans, Kay once again spent a considerable block of time gushing about the great success of the 2015 Belmont Stakes Day, which he has now done at seven consecutive NYRA board meetings since American Pharoah (Pioneerof the Nile) won the Triple Crown.

In addition, ticket sales for the upcoming Saratoga meet are 11% ahead of 2015. The “Season Perks” pass program has been expanded to include discounts to more than 40 local Saratoga vendors, and sales are currently 72% ahead of last year's pace. @thorntontd