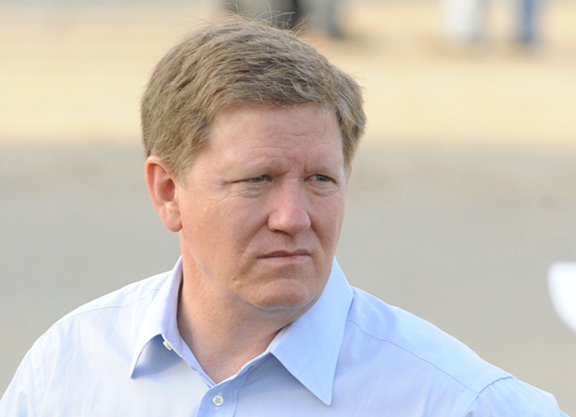 The Tax Cuts and Jobs Act bill passed in December has enough new provisions and loopholes to confound even the most seasoned tax professionals. But an informational teleconference Jan. 31 jointly presented by the Thoroughbred Horsemen’s Association and National Thoroughbred Racing Association (NTRA) attempted to shed light on the changes that will immediately affect those who either own Thoroughbreds or earn income from racing and breeding.

“As a general matter, the tax provisions are pretty favorable to our industry,” said Lauren Bazel, vice president of the government relations consultancy Alpine Group and a former senior tax policy advisor to Senator John Kerry (D-MA). “But again, every participant in racing will be impacted differently. So if you take away one thing from this call, it’s this: In order to know whether the tradeoffs that were made in this process are good or bad for you, and by how much, you really should walk through your individual situation with a qualified tax adviser.”

At the top of Bazel’s general concerns list for horse-industry taxpayers are:

“So again, all of these items have to be considered as a whole to know where your personal break point may be,” Bazel said.

Bonus Depreciation: An increase in bonus depreciation from 50% to 100% for both new and used property acquired and put into service after Sept. 27, 2017, and before Jan. 1, 2023. Bonus depreciation permits first-year, full expensing for purchases such as yearlings, breeding stock, and farm equipment. Current law provides for 50% depreciation on new property only. The new benefits will be effective at the 100% rate through 2022. Beginning with 2023, bonus depreciation will be phased out at a rate of 20% each year until fully phased out after 2027. “Now purchasers will be able to write off 100% of all horses purchased, including yearlings and breeding stock…as long as the asset purchase has not previously been owned by the purchaser,” Waldrop said.

“Those are three important provisions that are used by horse owners and farms that are engaged in the active trade or business,” Waldrop said. He took care to underscore the distinction between “active” ownership versus “hobby” ownership.

“For years, as many of you know, the thing you try to avoid as a horse owner is being categorized as a hobby owner…in which case none of these provisions [will] apply if [your Thoroughbred activities are] considered by the IRS to be a hobby.

Waldrop added that the doubling of the standard deduction amount for individuals “might provide some relief” for hobbyists who are classified as such, but he cautioned horse owners to check with a personal tax professional to clarify individual situations.

What ended up getting left out of the new tax law is just as important as what did make it into the package, pointed out Greg Means, principal of The Alpine Group, the NTRA’s Washington, D.C.-based lobbyist.

An example Means gave was the threatened removal of language that allows horse racing bettors to deduct gambling losses to the extent of winnings.

“We had to play defense on this because late in the process, a senator from Arizona, Jeff Flake [R], floated an amendment that basically would have prohibited the ability to deduct losses from gaming,” Means said. “We were able to get that amendment taken down. It was never officially offered. It did get floated, we had the language, but we were able to persuade the powers that be that it was a bad idea, so it didn’t arise.”