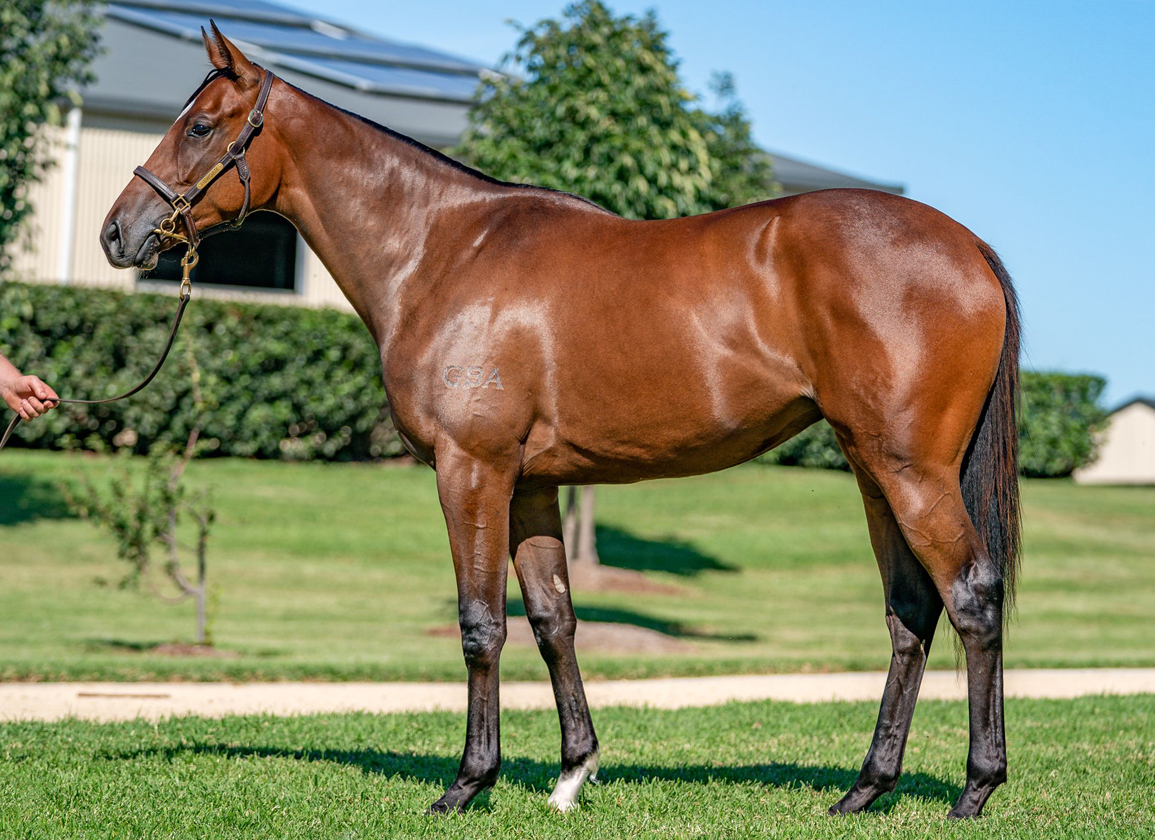 In this continuing series, we take a look ahead at US-bred and/or conceived runners entered for the upcoming weekend at the tracks on the Japan Racing Association circuit, with a focus on pedigree and/or performance in the sales ring. Here are the horses of interest for this weekend running at Hanshin and Tokyo Racecourses, including a filly from the first Southern Hemisphere crop of American Pharoah. Group 1 action resumes this weekend at Hanshin with Sunday's running of the G1 Tenno Sho (Spring) over two miles, a full field that includes the progressive Diastima (Jpn) (Deep Impact {Jpn}), a 4-year-old son of three-time Grade I winner Sweet Reason (Street Sense):

Saturday, May 1, 2021
2nd-HSN, ¥9,680,000 ($89k), Maiden, 3yo, 1400m
ROSE PHARAOH (AUS) (f, 2, American Pharoah–Roz {GB}, by Teofilo {Ire}) is the second Australian-bred foal to make the races to from her dam, a listed winner and runner-up in the G1 Shadwell Fillies' Mile while under the care of Ed Dunlop in 2012 and later purchased privately after being RNAd for 550k gns in foal to Oasis Dream (GB) at the 2014 Tattersalls December Mares sale. Roz would have appealed to an Australian buyer, as her half-brother Hartnell (GB) (Authorized {Ire}) was an eight-time winner for Godolphin down under, including four Group 1 events at distances from 1400-2400 meters while also finishing third in a G1 Melbourne Cup. Rose Pharaoh was an A$150,000 buyback at the 2020 Inglis Easter Yearling Sale. B-Go Bloodstock (NSW)

2nd-TOK, ¥9,680,000 ($89k), Maiden, 3yo, 1400m
VICTORIA NOTE (JPN) (f, 2, Pioneerof the Nile–Her Emmynency, by Successful Appeal) was acquired in utero for $1.5m at the 2017 Keeneland November Sale (after being led out unsold at $1.425m at Fasig-Tipton November in 2016) and is the first foal out of her dam, who belied odds of 19-1 to best Miss Temple City (Temple City) in the 2015 GI Queen Elizabeth II Challenge Cup over the Keeneland turf course. This filly's second dam, Chic Dancer (Joyeux Danseur), also did her thing on the grass, winning the 2006 GIII Modest H. at Arlington. Victoria Note debuts in the colors of Teruya Yoshida. B-Shadai Farm