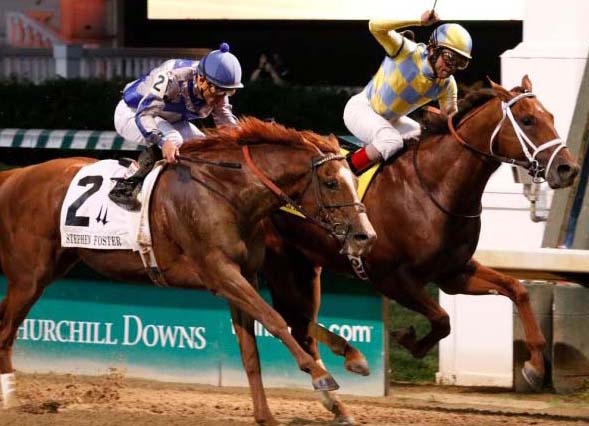 John Oxley's Noble Bird (Birdstone), narrow winner of the GI Stephen Foster H. in June, will be out for the remainder of the season. The chestnut finished a well-beaten ninth in the GI Whitney S. at Saratoga Aug. 8. “He came out of that race pretty banged up,” trainer Mark Casse said. “We knew when we started backing up at the half-mile pole that something was wrong because that was not like him. We never really could figure out what was bothering him, but when we tried training him again he just wasn't himself so we sent him to Ocala and they worked on him last week. He did something to his left hip. They can't really X-ray their hip so it's hard to say whether it's just a muscle tear of some sort, but he'll be fine. I would say our long term goal would be next year's Stephen Foster. He probably won't start back training until the beginning of next year.”