No Derby For Churchill 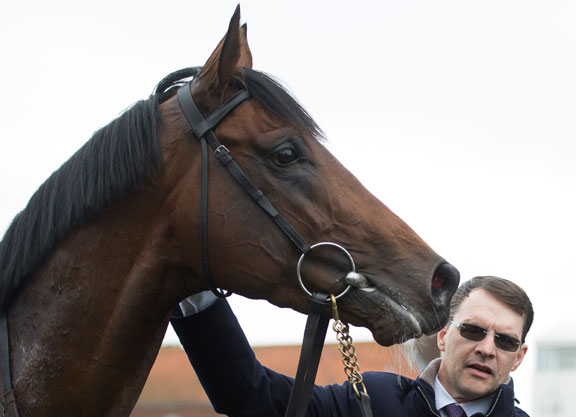 G1 QIPCO 2000 Guineas winner Churchill (Ire) (Galileo {Ire}) looks almost certain to run at The Curragh next Saturday in the G1 Tattersalls Irish 2000 Guineas, thus leaving an Epsom Derby bid highly unlikely. The colt stretched his unbeaten run to six at Newmarket and given he is by the great Galileo, thoughts immediately turned to Epsom. However speaking to At The Races on Sunday O'Brien said, “I'd say it's very unlikely that Churchill will go for the Derby.” O'Brien also confirmed that Winter (Ire) (Galileo {Ire}), who completed a Guineas double for the Ballydoyle/Coolmore axis at Newmarket will take her chance in The Curragh equivalent, the G1 Tattersalls Irish 1000 Guineas on Sunday. Another Irish trainer who plans to be represented in both Irish Classics is Michael Halford. He confirmed the Ballygallon Stud owned Irishcorrespondent (Ire) (Teofilo {Ire}) is on target for the colt's race while HH Aga Khan's Rehana (Ire) (Dark Angel {Ire}) will renew rivalry with Winter on Sunday having finished three quarters of a length behind that rival in the G3 Ballylinch Stud 1000 Guineas Trial S. at Leopardstown last month.