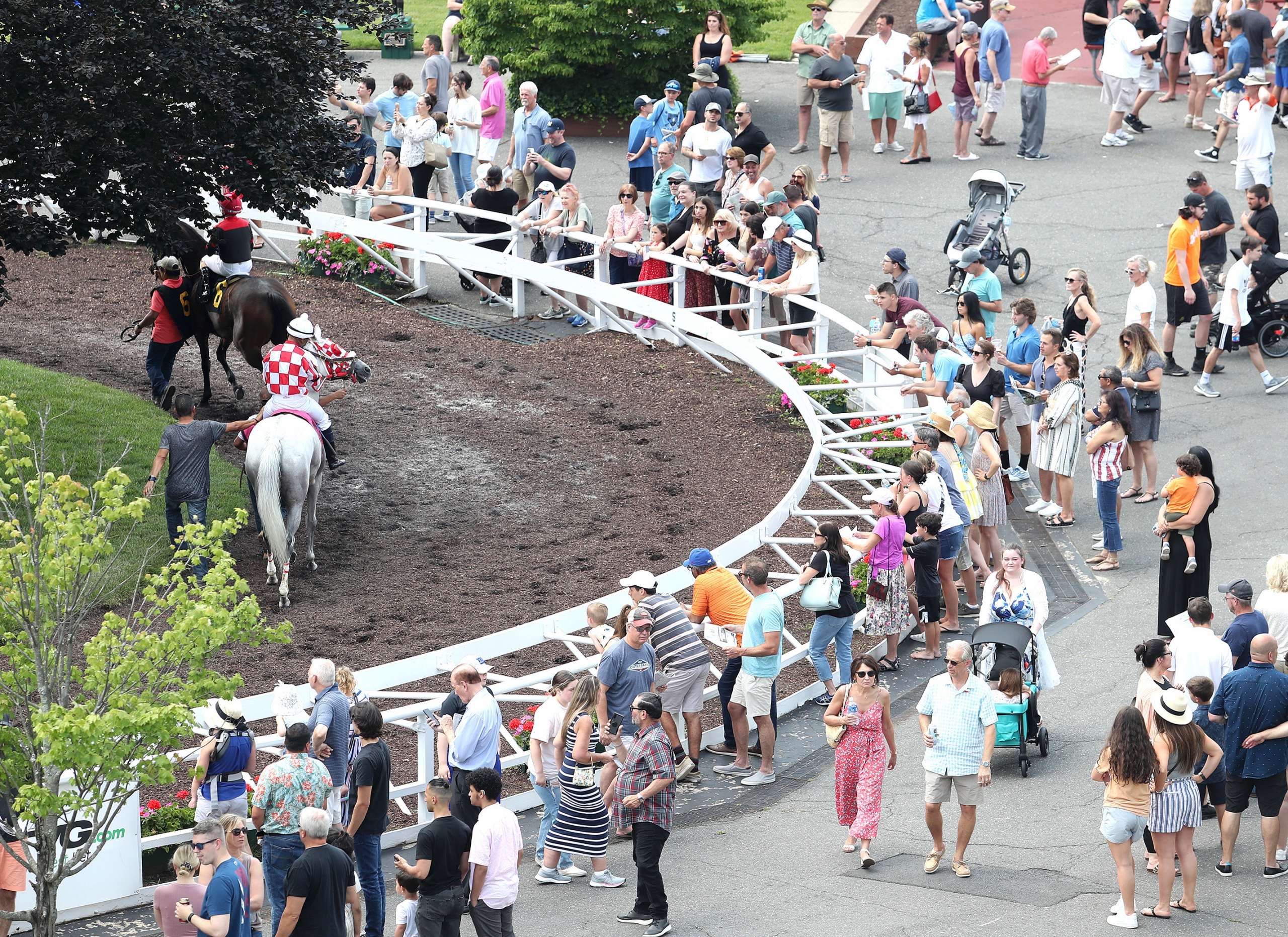 Thoroughbred racing in New Jersey will get a nine-date boost in 2022.

The New Jersey Racing Commission (NJRC) on Wednesday unanimously approved 60 dates at Monmouth Park (May 7-Sept. 17) and 11 dates of turf-only racing at the Meadowlands (Sept. 23-Oct. 29).

That total of 71 overall dates represents an uptick of seven programs at Monmouth and two at the Meadowlands compared to what had been granted for '21.

The NJRC also unanimously approved carrying over into '22 a $21,457 Jackpot Pick 6 pool that was scheduled to be paid out Oct. 30 but wasn't when this season's final date of the '21 Meadowlands turf meet got cancelled because of a rainstorm.

By NJRC rules, the pool is required to be escrowed in an interest-bearing account until the opening-day program a half-year from now, with that interest to be added into the carryover on opening day of the Monmouth meet next May.

In other NJRC business, the commission voted unanimously to accept a settlement agreement in a 4 1/2-year-old case involving a dextrorphan positive at Monmouth Park.

According to Judith Nason, the NJRC's executive director, Spectacular Me, a mare trained by Steve Klesaris, tested positive for dextrorphan after running second in the eighth race at Monmouth on May 28, 2017. The finding was confirmed by split sample.

Dextrorphan is a metabolite of dextromethorphan, an over-the-counter cough suppressant that is approved for human use by the Food and Drug Administration (FDA). It is sometimes used on horses as a non-FDA-approved method to prevent cribbing.

The parent drug is currently classified as Class 4 and Penalty Category B on the Uniform Classification Guidelines for Foreign Substances list published by the Association of Racing Commissioners International.

On Sept. 10, 2017, the Monmouth stewards held a hearing and imposed a 15-day suspension and a $500 fine while also disqualifying the mare from purse money.

Sixteen days later Klesaris appealed his penalties, and the case was referred to New Jersey's Office of Administrative Law.

Now, after years of negotiations, the two sides reached an agreement that cut the suspension down to just seven days while keeping intact the $500 fine and forfeiture of the purse money.