Nick Rust To Step Down From BHA 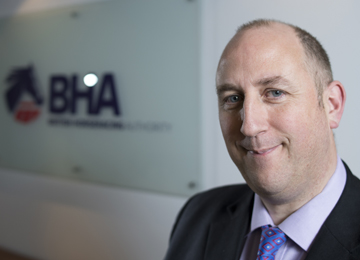 British Horseracing Authority Chief Executive Officer Nick Rust will step down from his position at the end of 2020 after nearly six years of leading British racing’s governing body and regulator.

Rust said in a letter to BHA staff on Tuesday, “I’ve spent much of the past year reflecting on my situation after my personal bereavement at the end of 2018. I wanted to let you and the BHA know my decision and plans well ahead of leaving to allow plenty of time for a successor to be identified and appointed.”

“With the committed support of our new Chair, Annamarie Phelps, the BHA has put itself, and helped put our sport, in a place where we can be optimistic about our future. Only this afternoon, I spent several hours with our Executive team reviewing our plans for 2020. We have a busy and exciting year ahead.”

Rust offered some insight into the BHA’s short-term goals for the year ahead.

“The industry’s Horse Welfare Board, which the BHA and our members set up only eight months ago, is finalising an ambitious strategy for further improvement of racing’s exceptional standards of care for our horses. For me, it will be a landmark moment after an unrelenting focus on this issue over the past few years.”

“The BHA has also completed some other important work over the past few months, which I have personally championed. We published the review of the buying and selling of horses just before Christmas. We have established a safeguarding team to protect young and vulnerable people in our sport. Our new approach to raceday stewarding is bedding in and the industry is picking up the challenge on diversity and inclusion.”

“If I look back further, I’m very proud of the way the sport came together to secure a very important change to the Levy in 2017,” Rust added. “Without it, racing’s finances would be in a more difficult place than they currently are. The BHA team I lead worked hard over several years to put forward the arguments to government and the industry ensured that a consistent, simple message was communicated to Parliamentarians and the media. It’s an important reminder of the influence that racing can exert when we work together in a common purpose.”

BHA Chair Annamarie Phelps added, “We’re all going to miss Nick’s passion and drive. It is typical of his deep commitment to British racing that he’s given us plenty of time to find a new leader, avoiding a vacuum and ensuring a seamless transition. He’s been a great help to me personally over the last few months as I’ve got to know the sport and the industry. We’Il be using all our complementary skills over the next few months to keep racing moving forward.”