Next Targets Named For Quick Suzy 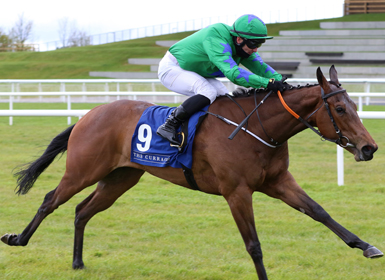 Royal Ascot winner Quick Suzy (Ire) (Profitable {Ire}) is bound for the G1 Cheveley Park S. on Sept. 25, with the Breeders' Cup at Del Mar in November the long term aim. Acquired privately with the help of Joseph Burke by Eclipse Thoroughbred Partners prior to her second in the May 16 G3 Coolmore Stud Irish EBF Fillies Sprint S., she will remain with trainer Gavin Cromwell. Second at first asking at Tipperary in April, the G2 Queen Mary S. heroine was first past the post at The Curragh on May 3 prior to the Fillies Sprint S.

“Now she's won a Group 2 there's not much point heading for something like the Lowther with a penalty so the Cheveley Park looks the next logical race, she's had four runs already,” said Burke. “I told Gavin after Naas that after Ascot she'd probably be heading to America, but Aron [Wellman of Eclipse Thoroughbred Partners] said they are doing such a good job there was no reason to take her away from Gavin–which I was delighted to hear.

“After the Cheveley Park there's then five weeks until the Breeders' Cup, where she's got five weeks in between, so it fits in nicely and she'll run in the Juvenile Sprint Turf.”