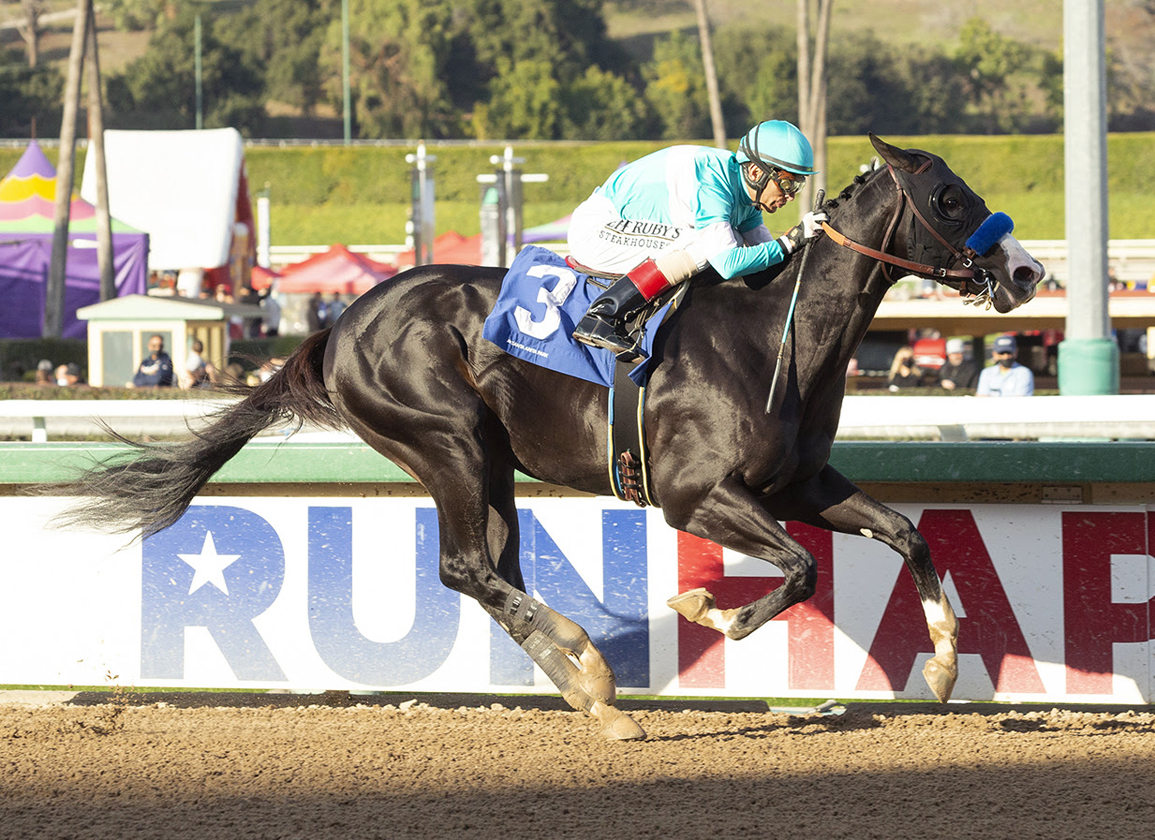 Away as the third choice at 5-2 behind GIII Nashua S.-winning stablemate Rockefeller (Medaglia d'Oro) and surprisingly well-backed GI Breeders' Cup Juvenile Turf third Mackinnon (American Pharoah), Newgrange broke in concert with Rockefeller before taking a narrow edge into the first turn under Hall of Famer John Velazquez. He cruised along at a comfortable tempo through splits of :24.46 and :48.94, and was given his cue to quicken near the 3/8 pole. Rockefeller couldn't keep pace, and Mackinnon tried to get going over the unfamiliar surface, but nobody was getting to Newgrange as he floated under the line an 2 3/4-length winner. Rockefeller narrowly held second from late-running GI Breeders' Cup Juvenile fifth Oviatt Class (Bernardini).

“There was one speed, the other Bob Baffert horse (Rockefeller) and I'm pretty sure he didn't want them in a head and head,” Velazquez said. “He told me to put my horse on the lead. Once my horse got to the lead he waited. I took a little hold of him and he kind of started waiting for the horses, so I started waiting for the horses to come to him, by the time we got to the backside I kind of let him do his own thing. I let him get in a comfortable rhythm, after that it was pretty easy though.

“He's so green, he feels like he got on by himself, he was waiting for horses so, I had to give him a little reminder to keep his mind on running and his gallop out was pretty good so it still seems like he's learning.”

A version of this same ownership group spearheaded by SF Racing, Starlight Racing and Madaket Stables took the 2020 running of the Sham with eventual GI Kentucky Derby winner and Horse of the Year Authentic (Into Mischief).

“He looked good,” Baffert said of Newgrange. “He had been training really well and working together with Rockefeller. The quality is there. I'm happy we have a great team and we are moving forward with him. I thought Rockefeller would be a little closer. We'll have to figure things out on where the two go from here.”

Pedigree Notes:
The second-least-expensive of 28 colts purchased for a combined $11,250,000 ($401,786 average) by the Avengers at the 2020 Keeneland September sale, Newgrange becomes Violence's 13th graded stakes winner. The Avengers have also shown an affinity for, and had significant success with, sire Empire Maker. The excellent broodmare sire influence is responsible for 30 graded winners, including 2021 GISWs Silver State (Hard Spun), Mandaloun (Into Mischief) and Rock Your World (Candy Ride {Arg}). The winner's unraced dam is a daughter of Grade II winner Bella Chiarra (Phone Trick). She produced another Violence colt last April before being bred to War of Will.