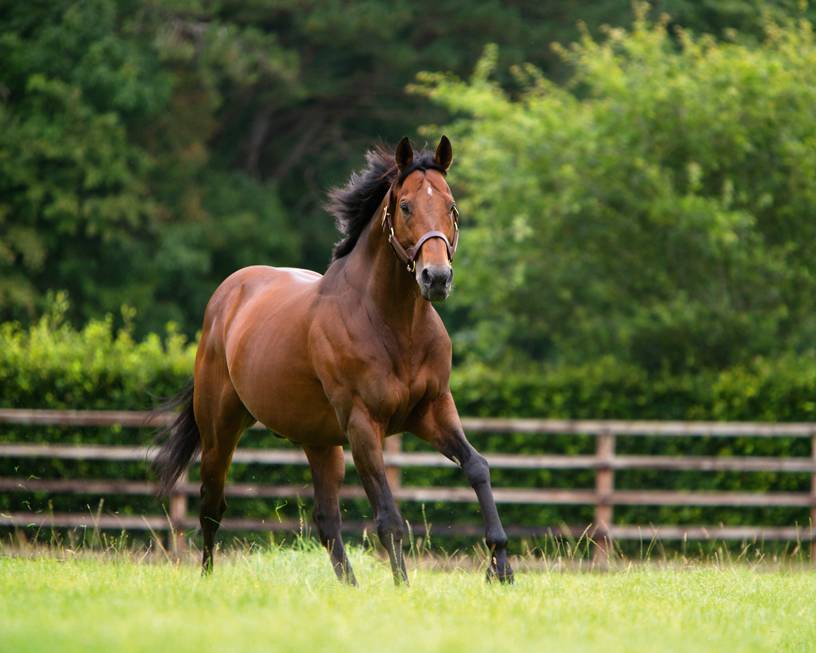 On a day when there was a lurch in the Derby market, there was enough intrigue and substance in Nottingham's Visit racingtv.com Novice S. to make it a mini-Classic trial and enough in the performance of the Simon and Ed Crisford-trained West Wind Blows (Ire) (Teofilo {Ire}) to earn TDN Rising Star status. Carrying a seven-pound penalty for his debut score over this 10-furlong trip on Newcastle's Tapeta after Christmas, Abdulla Al Mansoori's son of the G1 Prix de Diane heroine West Wind (GB) (Machiavellian) from the family of Coroebus (Ire) (Dubawi {Ire}) soon wrested control on the front end from Return To Dubai (Ire) (Ribchester {Ire}) under forcing tactics from Jack Mitchell. Powerful throughout, the hooded bay who started at 17-2 lugged towards the rail when the result was already settled inside the final furlong but hit the line strong in a smart time to record a five-length success from that Saeed bin Suroor trainee. There was another 1 3/4-length margin back to the Gosdens' Franz Strauss (GB) (Golden Horn {GB}) in third, with that G3 Sandown Classic Trial fourth getting seven pounds from the impressive winner.

Prior to Friday's demolition job, the wilful West Wind Blows had been withdrawn from Newbury's 10-furlong Dubai Duty Free Golf World Cup British EBF Conditions S. Apr. 17 after he unseated his rider and got loose before the start. Godolphin's Walk of Stars (GB) (Dubawi {Ire}) won that and runs in Saturday's Listed Lingfield Derby Trial, but West Wind Blows also holds an entry in the June 4 G1 Cazoo Derby and his rider was not pouring cold water on the idea of his mount taking up the option. “I don't see why not,” Mitchell said. “The Derby is quite wide open this year and he's done everything right. I think he'll get a mile and a half–he just needs to cool down a bit in his head but he's a horse going places. That felt very good–coming to a novice with a penalty is hard enough, but Simon and Ed always said how nice he is. He's a typical Teofilo and is a bit quirky, but he's got talent. There was some good form in that race.”

As mentioned, the winner is the eighth foal out of the 2007 Diane heroine whose sole black-type performer to date is the G3 Eclipse S. runner-up Setting Sail (GB) (Dansili {GB}), GSP-Aus, $125,876. The second dam is the G2 Sun Chariot S. winner Red Slippers (Nureyev), whose daughter Eastern Joy (GB) (Dubai Destination) has emerged as one of Godolphin's most distinguished producers. She is responsible for six black-type scorers including the four-times group 1 and grade I-winning dual Dubai World Cup hero Thunder Snow (Ire) (Helmet {Aus}), the G2 May Hill S. winner and G1 1000 Guineas-placed Ihtimal (Ire) (Shamardal) and Always Smile (Ire) (Cape Cross {Ire}) who was runner-up in the G1 Sun Chariot S. and third in the G1 Falmouth S.

Also out of Eastern Joy is the G3 Oh So Sharp S. scorer First Victory (Ire) (Teofilo {Ire}), whose aforementioned son Coroebus provided the latest major update to the family on Saturday. This is a dynasty steeped in Godolphin success, with Red Slippers being a half-sister to the G1 Irish Derby and G1 Epsom Oaks heroine Balanchine (Storm Bird). Under the third dam Morning Devotion (Affirmed) is the G1 Irish Derby hero Sovereign (Ire), by Teofilo's sire Galileo (Ire). West Wind's 2-year-old colt is a full-brother to the winner, who is the second TDN Rising Star for his sire after the recent splash made by Wexford Native (Ire).