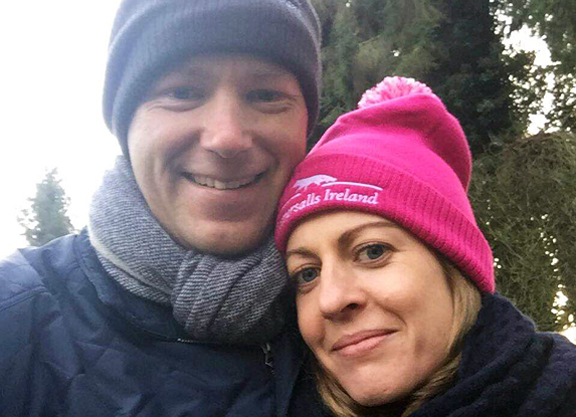 Ladyswood Stud in Wiltshire has been purchased by Alex and Olivia Frost, who plan to develop a band of up to 20 broodmares on the 90-acre farm.

“We are incredibly excited about Ladyswood,” said Alex Frost, a longstanding owner, predominantly with Henry Candy, whose colours have been carried to success by the likes of G3 Acomb S. winner Treaty Of Paris (Ire) (Haatef) and Signor Peltro (GB) (Bertolini).

“It’s a huge project and incredibly daunting but we hope to make it into a stud that proves to be a happy family home as well as a well as a highly respected breeding operation.”

Initially, the stud will be home to ten of the couple’s mares, with foals expected this year by Golden Horn (GB), Shamardal, Iffraaj (GB) and Exceed And Excel (Aus). While Ladyswood will be focused on breeding horses for the Flat, the Frosts also have a keen interest in National Hunt racing and breeding, and own Dalamine (Fr) (Sillery), the dam of treble Grade 1-winning steeplechaser Don Poli (Ire) (Poliglote {GB}) in partnership with Harry and Lorna Fowler. The 17-year-old mare, who has a 3-year-old filly by Beat Hollow (GB) and a Kayf Tara (GB) yearling among those still to race, lives at the Fowlers’ Rahinston Stud in Ireland.

Ladyswood Stud was previously owned by trainer Martyn Meade, who bought Snailwell Stud just outside Newmarket last April. Situated in Malmesbury, close to the border of Wiltshire and Gloucestershire, the farm boasts woodchip and sand gallops along with the regular stud facilities.

Frost added, “We have two large barns and 23 boxes, along with offices and staff accommodation in two cottages. We have all the facilities we could wish for and are now looking for an outstanding stud groom to complete the team.”