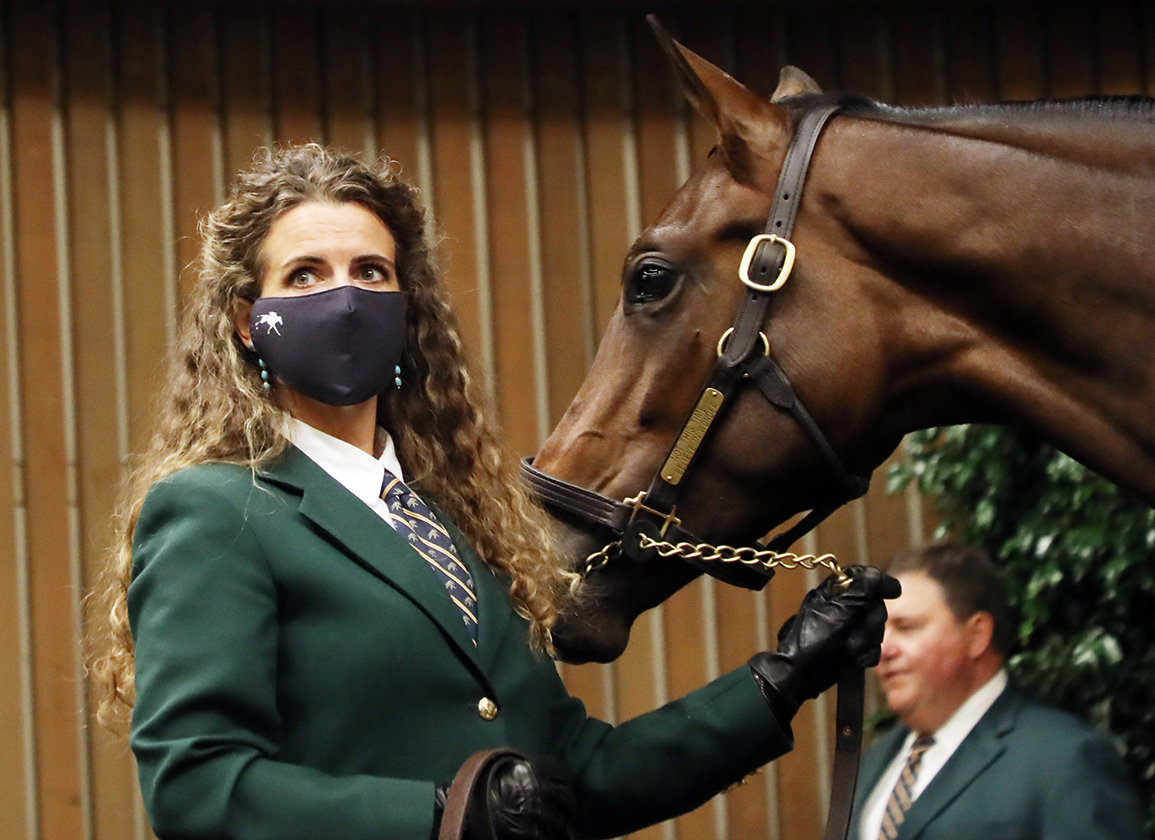 When Ashley Hobgood made her debut in the Keeneland September Sales ring on Sunday, it marked not only another sign of change for the sales company, but a sign of growing diversity as well. Not only did Hopgood's entrance into the ring come while announcer Gabby Gaudet was on the stand, quite possibly marking the first time that a majority of women were manning the fort, but also the first time that the job of ringman was handled by a non-African American female.

Keeneland's Vice President of Sales Tony Lacy said that Hobgood was from Texas, and had worked at Quarter Horse sales in Texas and Louisiana, and was originally supposed to start work at the Keeneland November sale when an opportunity arose in September.

“We were looking to expand the team, and Justin Holmberg recommended her as an excellent horseperson and felt she would be a good candidate,” said Lacy. “This has been a trial period for her, and she is also scheduled to work the entire November sale, but it has been great to work her into the September sale so she could gain experience and see how it works. She has been incredibly cooperative, is an excellent horsewoman and has been extremely delighted at how she has fit in with the team.”

Keeneland has traditionally had a six-man team of ringmen led by Ron Hill, all of whom are African American. “They are a great group of guys and what we want to be able to do is to look for roles that can be more inclusive across the company,” said Lacy. “We're very cognizant of the fact that we need to be inclusive. I spoke to Ron about it, we're very much on the same page, and this allows us to move forward and we needed to expand the team outside of what it was.”

Hobgood said that while she didn't want to focus only on the barrier-breaking aspect of her role, she understood why people were talking about it.

“I knew that there had been one other woman, and I understood I was the first white female,” she said. “These gentlemen have been the best I've ever worked with. (Ron Hill) is just a wonderful teacher, and everyone on my team has been very kind. I'd go to bat for those guys. They've been so kind to me that I would bend over backwards to help them out. I don't want to make a big deal about it, but I know it is. I'm very honored, but I'm just another individual trying to fit in with a team of horsemen. But I don't want to diminish it because I know it's such an honor. I'm still on cloud nine.”