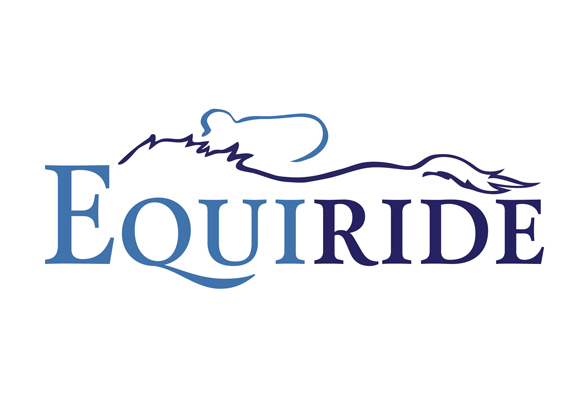 The best ideas and inventions are usually born out of the necessity to fix or improve a situation, and new horse transportation app EQUIRIDE seeks to do just that.

The “lightbulb moment” for the founders of EQUIRIDE came when trainer Stephen Lyster voiced his frustrations to Chris Woodside, a college friend and fellow graduate of the University of Kentucky.

“Stephen and I had always played around with ideas of starting companies together, and one day out of frustration dealing with horse shippers, he said, 'We just really need to come up with a service where we can connect trainers to van drivers,'” recalled Woodside, a Chicago-based commercial banker. “I lay in bed and thought about it for a long time and decided I really liked the idea.”

Lyster hails from a family of horsepeople. He grew up working on his father R. Warren Lyster's Tarleton Farm, and is the nephew of Wayne Lyster, who operates Ashview Farm. The now 32-year-old went out on his own in 2011 after his father retired from training, and his stable and reputation has continued to grow since then. Lyster sent out eventual GISW In Lingerie (Empire Maker) to a winning Turfway debut in his father's colors in 2012, and enjoyed a banner year in 2016 that included a couple of victories on the tough New York circuit. Currently based in Lexington with his wife Elizabeth and young son Jeb, he also serves on the Board of Directors for the KTA/KTOB.

“I've had a lot of experience shipping horses in every way for every type of reason that you would need to ship a horse–that's part of the reason why we thought of this idea, liked it and pursued it,” Lyster offered. “My entire family's in the industry–broodmare farms, racehorses, you name it.”

Lyster and Woodside first got serious about pursuing EQUIRIDE about two years ago, and launched the IOS version of their app in January. An Android version was released earlier this week.

How has it been received so far?

“It's really been unbelievable,” Lyster said. “I don't even ask people–they just come up to me and tell me that it's a wonderful idea and give me the, 'I wish I had thought of it.' You take the first couple and kind of shake your head, but after 14 or 15 of them, you realize this is a service that people really like and find useful.”

The easiest way to describe EQUIRIDE is to compare it to the popular equivalents for human transport–Uber and Lyft.

Once a user has downloaded the app, s/he can sign up as an owner, trainer, driver, or any combination of those distinctions.

“We're trying to bring convenience to shipping horses, help with organization and eventually, hopefully be able to offer lower costs to ship horses anywhere in the country,” Lyster explained.

EQUIRIDE allows users to schedule a solo trip, or pool with others who are shipping to the same destination.

“A lot of times when I ship to racetracks, I think 'I'd love to get one more on.' But don't know who to ask or call.” Lyster noted. “With EQUIRIDE, I can stay on as a trainer, but be able to take somebody else's horse going in the same direction. It really just helps connect everybody to where we can get the cost down and make shipping more affordable for racing, for sales, breeding–whatever's necessary.” 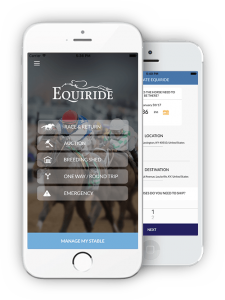 mostly works with private drivers, but also uses Lyster's brother Warren's Warren Horse Transportation for some hauls, as well as the larger shipping companies when necessary. Like Uber or Lyft, users can rate their drivers.

“Users will know that we have top-quality guys who know what they're doing hauling their horses–not just some guy off the street who has a terrible truck and trailer or doesn't have insurance. We stay on top of all these things,” noted Lyster, adding, “We're also the first live horse-tracking app. You're able to follow your horses on the map at all times, and eventually we'll have sub-users so assistant trainers and partners can follow along as well. We've tried to make this so that everybody's linked together, so there's not always the necessity for a phone call. My assistants will know where those horses are, they'll know when they're coming in. It really helps with organization.”

EQUIRIDE is designed in a way that recognizes the dynamics involved with horse ownership–partners can pay for a ride at the same percentage as their equity stake.

“We have a section specifically designed to allow you to add your horses; add your owners if they're client horses; add your partners if you have partners,” Lyster said. “That way, it'll prevent you from having to cover your partners' expenses and having to bill out and hoping to get paid. It will streamline that process to where you don't always have to give the van companies different information or have to cover other peoples' costs–it's all done for you.”

EQUIRIDE offers a variety of shipping options, including rides for racehorses, horses going to and from auctions, or broodmares traveling to and from the breeding shed. There is also an innovative and potentially life-saving emergency option.

“One of our coolest features is our emergency option,” said Lyster. “I've never really known of any emergency line for horses. I think it's much needed. The way I describe it to people is, 'If you use our app, great–we hope you use it. But if you don't, it's kind of crazy not to have this on your phone as an insurance policy or back-up plan.'”

When a user pushes the emergency button, the app will send out alerts to all the drivers in the surrounding area, and if nobody picks up, the range will get wider and wider until a driver responds. The driver will then automatically receive directions to the horse in need, and both parties will have each other's contact information.

“That's something I'm really excited about,” Lyster added. “Especially during breeding and foaling season, there's a lot that goes on–many unexpected events. We hope that people won't have to use it, but hope that they will if they need to and will at least view it as a back-up plan.”

For more information, visit equirideapp.com or look for it in the App Store or on Google Play.