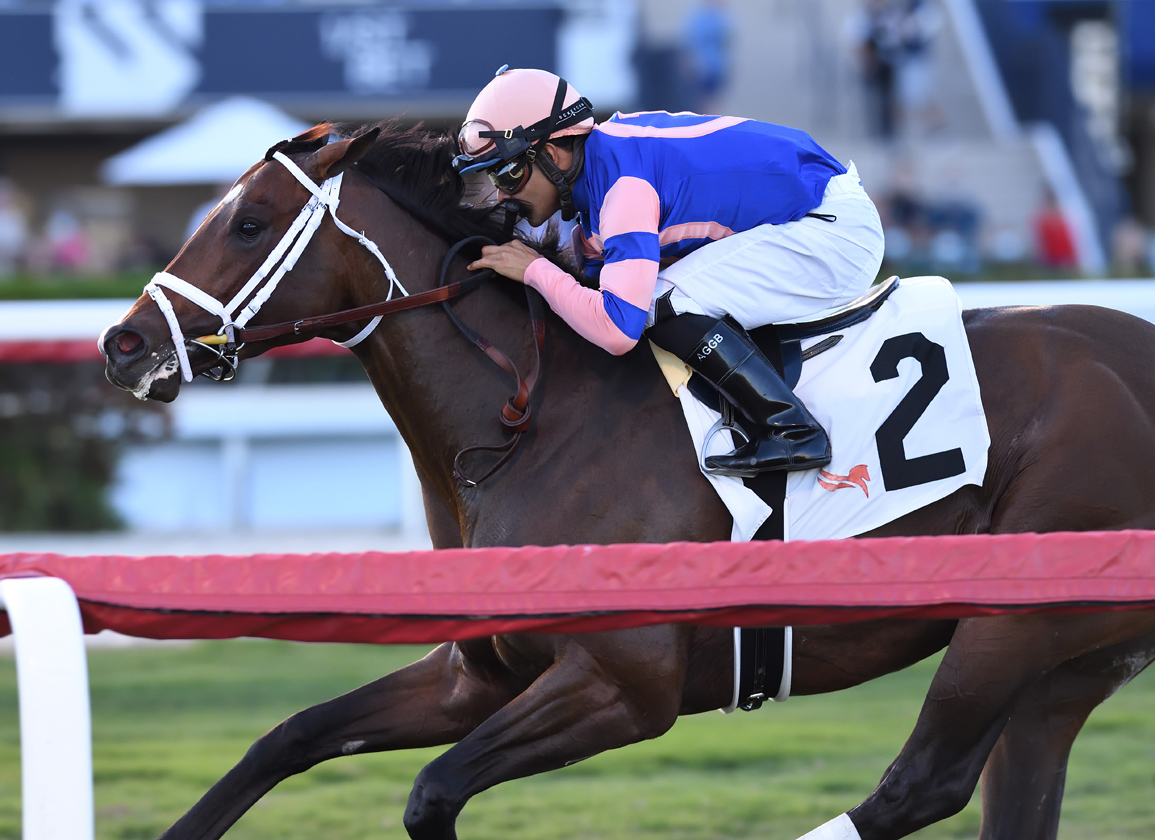 Sent off the 1-2 chalk to close a successful sophomore season, Repole Stable's Never Surprised (Constitution) likely earned a spot in the field for the GI Pegasus World Cup Turf with a sparkling front-running success in Sunday's Tropical Park Derby, the same event used as a springboard to Pegasus success by stablemate Colonel Liam (Liam's Map) early this year.

Exiting a big-figure victory in the Gio Ponti S. at Aqueduct last month, Never Surprised wasted no time getting to the front, but was made to work for it by longshot Lamplighter Jack (Fed Biz) through enervating fractions of :23.22 and :46.66. Going very well despite the demanding pace, Never Surprised began to sneak away from his beaten rival on the turn, was hand-ridden into the stretch and was merely shown the whip through the final sixteenth of a mile, scoring in strong time.

Perfect in two juvenile appearances, including the Central Park S. last November, Never Surprised was beaten into second as the odds-on pop in this track's GIII Kitten's Joy S. last January before getting some time off. Runner-up to Public Sector (GB) (Kingman {GB}) in the GIII Saranac S. in September, he was beaten a neck by that rival in the GII Hill Prince S. Oct. 23 before taking Gio Ponti by the same margin of victory as Sunday, earning a 98 Beyer.

Golden Pedigree acquired Never Surprises dam for $5,500 at Keeneland January 2017 and the colt is her first produce. She is also the dam of the 2-year-old filly Ace Girl (Connect), a yearling Munnings colt that cost BSW/Crow Colts Group $275,000 at KEESEP this fall and a weanling colt by the same sire. Never Surprised is bred on the same cross responsible for MGISW Tiz the Law. Click for the Equibase.com chart or VIDEO, sponsored by TVG.