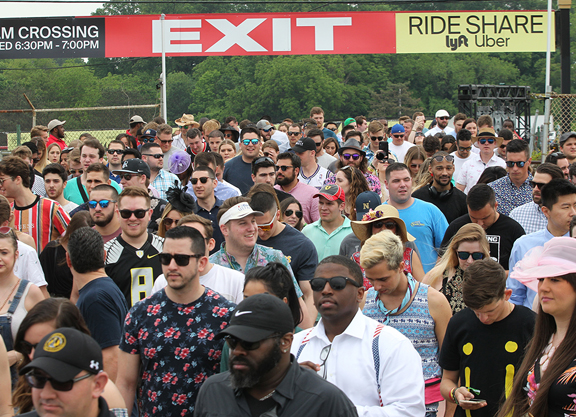 Saturday's live racing program at Pimlico, featuring the 144th running of the GI Preakness S., generated record total handle of $99,852,653. The previous mark of $97,168,658 was established in 2017. Attendance on a glorious spring afternoon in greater Baltimore was 131,256. The day's second-richest event, the GII Dixie S., was won by the comebacking Catholic Boy (More Than Ready), while other graded winners on the afternoon included Lexitonian (Speightstown) in the GIII Chick Lang S. and Kentucky Derby winner Country House's half-sister Mitchell Road (English Channel) in the GIII Gallorette S.

“The 144th Preakness S. surpassed our expectations thanks to the horsemen and fans who came to celebrate this grand Maryland tradition,” said Belinda Stronach, Chairman and President of The Stronach Group. “It makes for an unforgettable day of entertainment when you combine the world's top performers with the best Thoroughbred horses and jockeys at one of the most celebrated sporting events. The Preakness is second to none.”