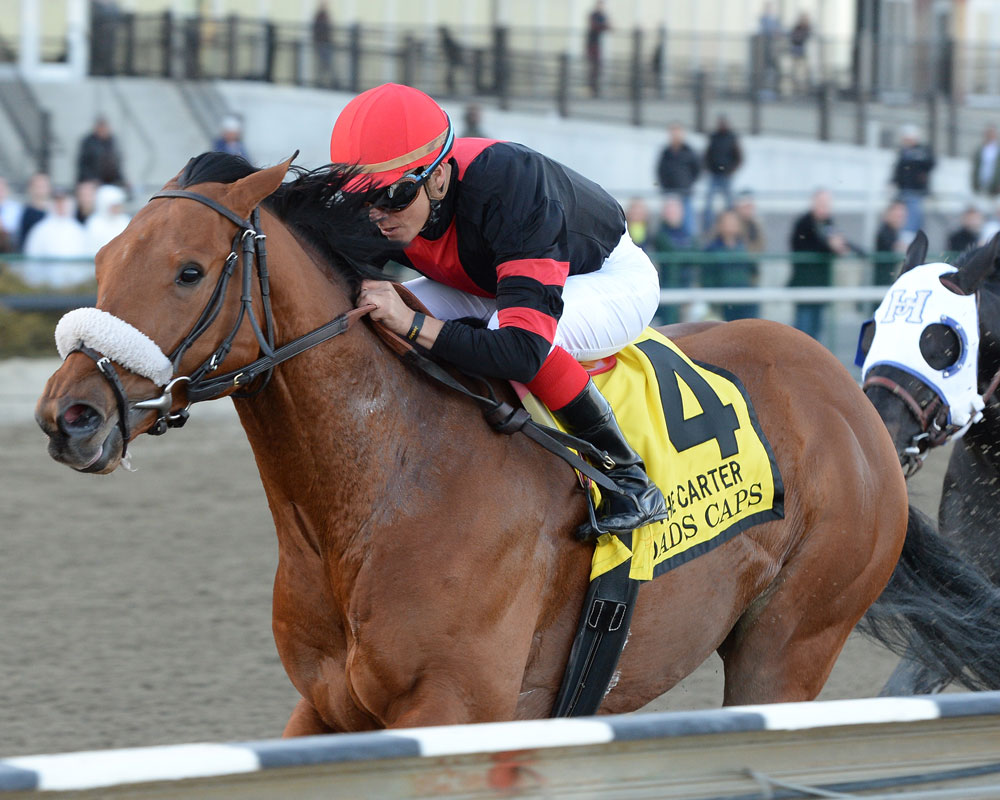 Dads Caps (Discreet Cat–Seeking the Silver, by Grindstone), a two-time winner of the Grade I Carter H., has been retired from racing according to a release sent out Thursday on behalf of the 6-year-old's owner and breeder Vincent Scuderi.

Trained throughout his career by Rudy Rodriguez, Dads Caps won his maiden by a decisive 8 3/4 lengths at first asking and was runner-up in the 2014 GIII Toboggan S. and GIII Tom Fool H. before annexing the 2014 Carter. A neck second to the fleet Private Zone (Macho Uno) in that year's GI Vosburgh S. He repeated his exacta finishes in the Toboggan and the Tom Fool in 2015 before joining the likes of Forego as one of just a half-dozen repeat winners of the Carter last April and was a good third in search of the three-peat this past spring. Also runner-up in the GII True North S. June 10, Dads Caps heads into retirement with a record of 26-5-8-5 and earnings of $1,110,467.

“We've had a tremendous run with Dads Caps,” said owner-breeder Vince Scuderi. “For four seasons, he took on the best sprinters of his generation and his record is a testament to his consistency and heart. We could campaign him another season, but we have had a few farms looking into his availability as a stallion and he has certainly earned that opportunity. I have not finalized any plans as of yet, but I am weighing all options for his future.”

One of six winners from seven to make the races for his dam, a full-sister to the stakes-winning Choctaw Ridge, Dads Caps is a half-brother to Scuderi's three-time graded-stakes winning filly Paulassilverlining (Ghostzapper), the 4-1 third choice on the morning line for Saturday's GI Ballerina S.