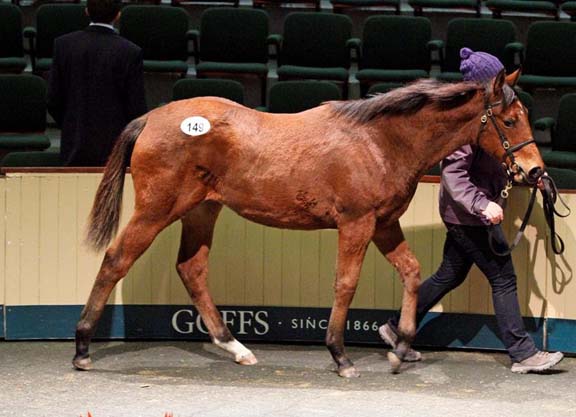 Castlehyde Stud paid the day's top price, going to €39,000 to acquire hip 143. A bay weanling from the Sweep Lane Stud consignment, the session-topper is out of the unraced Mafaaza (Jazil), a half-sister to stakes winner and multiple group placed Tazahum (Redoute's Choice {Aus}). He was bred by Aidan Sexton. Coolmore's Most Improved captured the 2012 G1 St James's Palace S.