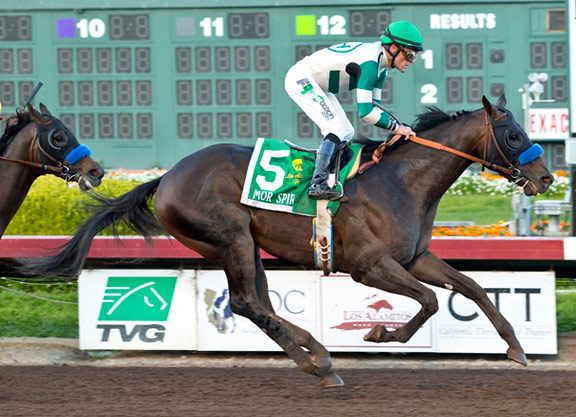 The dark bay will make his sophomore debut in Arcadia's GIII Robert B. Lewis S. Feb. 6. This is the same path his conditioner Bob Baffert took with last year's Los Al Futurity winner Dortmund (Big Brown), who followed his win in the Bob Lewis with subsequent victories in the GII San Felipe S. and GI Santa Anita Derby.

“It was a good stiff work for him,” Baffert said. “The track is very demanding in the mornings. It's on to the Lewis. He's on schedule.”