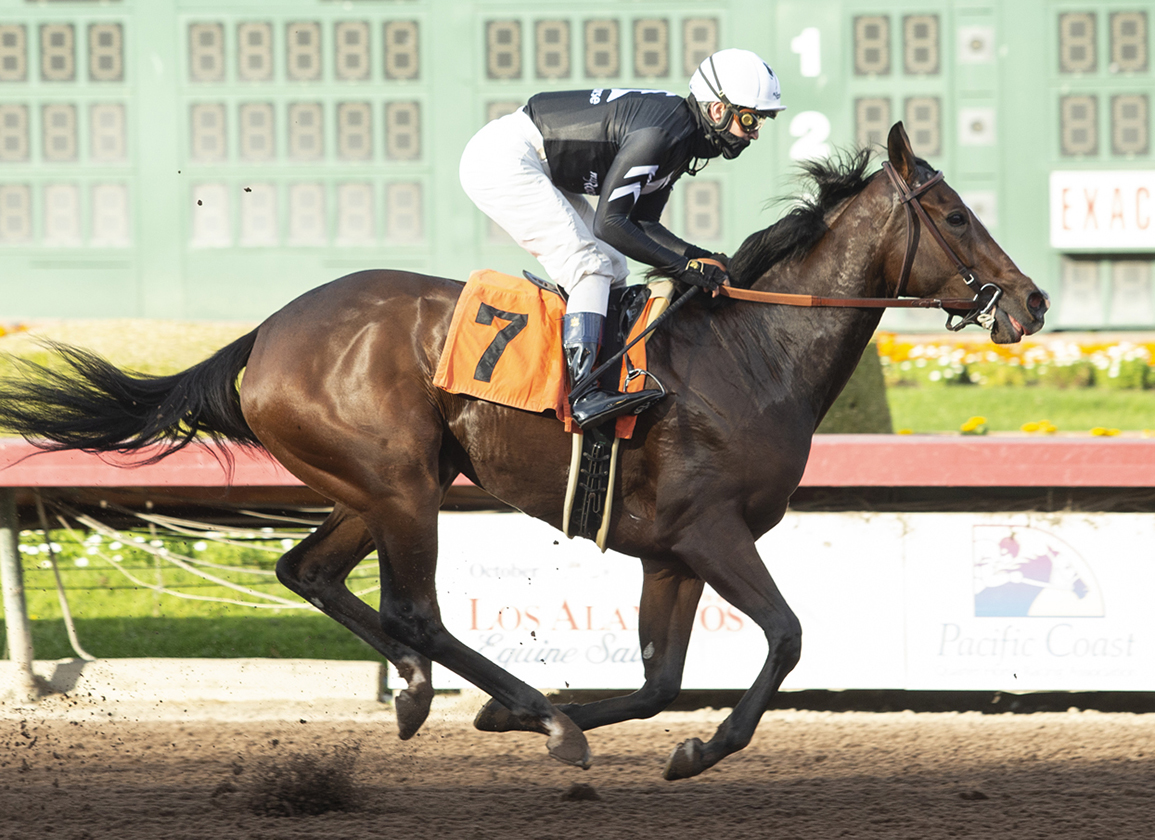 Moonlight d'Oro (Medaglia d'Oro), taken off the GI Kentucky Oaks trail with a knee chip following a visually impressive score in the GIII Las Virgenes S. at Santa Anita Feb. 6, is aiming for a return to Hall of Famer Richard Mandella's barn later this summer with an eye on a fall campaign.

“The surgery went well,” said Joe Mishak, MyRacehorse's Racing Operations Manager. “She's been doing great, filling out and looking really good. Just biding her time, which is standard operating procedure [following surgery], especially for the Mandella barn. The last 30 days or so she's been out at Bonnie Acres [in California] getting treadmill therapy building up her fitness. Hopefully in a couple of weeks if all things remain on course, she should go to an offsite facility to start training and get that foundation at the track. Then a month after that, she'll head back to the Mandella barn in early-to-mid August once she has the fitness.”

Campaigned in partnership with Spendthrift Farm, the $620,000 KEESEP yearling buy earned her diploma at third asking in her two-turn debut with a career-high 87 Beyer Speed Figure at Los Alamitos Dec. 13, then doubled up with a powerful last-to-first tally in the Las Virgenes.

Any intended targets penciled in for Moonlight d'Oro's return to the races?

“We'll see where she is with her training, but it's kind of an awkward time of the year [for a 3-year-old filly to return],” Mishak said. “The surgery went well, but a little bit of extra caution gave her 120 days off rather than 90. Hopefully, she'll be coming back in the October timeframe, and at that stage, I think you're just looking for the right type of race to return in.

Mishak concluded, “She showed early in the year that she was the best 3-year-old filly on the West Coast. When she won the Las Virgenes, she didn't even have her best that day. It was rather exciting to get her to that level. I don't know if we'll make the Breeders' Cup this year–it's probably too close–but we'll have all of next year to have a really top filly in training.”