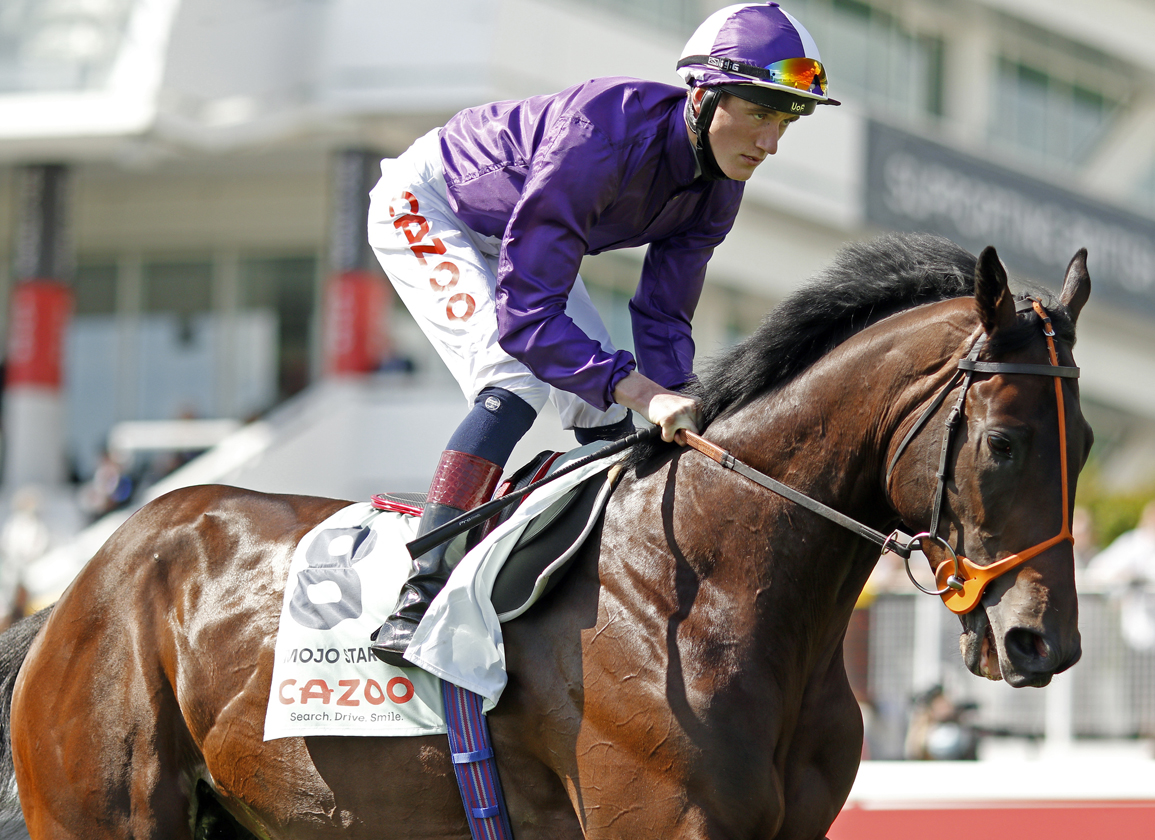 Mojo Star (Ire) (Sea The Stars {Ire}), runner-up in the G1 Cazoo Derby at Epsom at the beginning of June and fifth after a rough trip in the Irish equivalent on Saturday, has emerged from his latest effort in good order. Trainer Richard Hannon is considering the Sept. 11 G1 St Leger at Doncaster, as well as targets earlier in the summer. Second at Newbury in October, the bay filled the same position there when making his 3-year-old bow on May 14, prior to his runner-up effort in the blue riband.

“He's come back fine,” said Hannon. “He's just been out in the pen since and had a trot yesterday and today. He's none the worse for it and we'll have a chat to connections about where we go from here.”

The July 24 G1 King George VI and Queen Elizabeth S. at Ascot is under consideration, as Newmarket's G2 Princess of Wales's S. on July 8.

He added, “He's in the King George and the Princess of Wales's S. and obviously the St Leger is an option later on in the year. He's fit and he doesn't need to do any more [work]. At some stage we'll take an easy run and then go back into something big. I'd love to have a crack at the Leger, but we'll see how we go.”