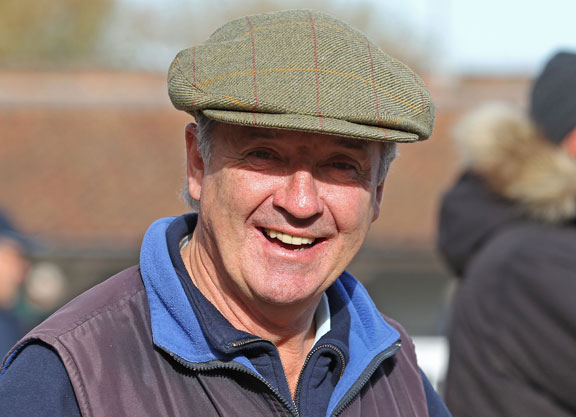 Last week's G1 Sussex S. winner Mohaather (GB) (Showcasing {GB}) is aiming for the G1 Queen Elizabeth II S. on Champions Day as his next big target, with trainer Marcus Tregoning as-yet undecided as to whether the 4-year-old will have another start prior.

“His end-of-season target will be the QEII,” said Tregoning. “Whether something slots in before that we're not sure yet, but Ascot is his main target.

“We could have really done with the [G1 Prix Jacques le] Marois being a week later than it is. There isn't anything that slots in ideally, as the Marois is the 16th [of August] which is a bit quick and if we drop down to seven for the Foret [on Oct. 4] it's too close to Champions Day. With the races all moved around it's difficult. At least we're now looking having won a Group 1; given how we felt after Royal Ascot things are a good bit different.”

Tregoning was not ruling out a tilt at the GI Breeders' Cup Mile, either.

“The Breeders' Cup is three weeks after Ascot this year so that would give him enough time, but that would be entirely down to Sheikh Hamdan. He is lightly raced so hopefully we'll get a few more goes with him.”