Mohaather Has First Mares In Foal 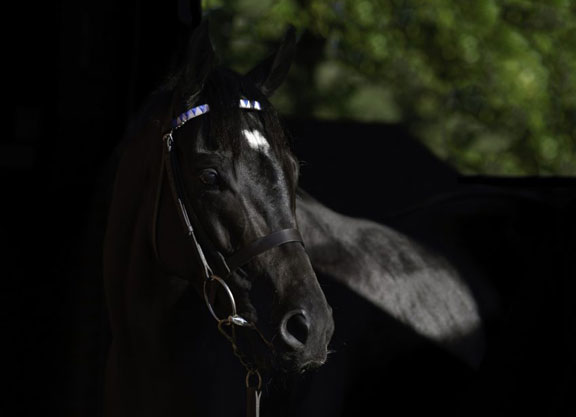 Group 1 winner Mohaather (GB) (Showcasing {GB}) has the first three mares he bred in foal, Shadwell Stud announced on Tuesday. Both the listed winner Seeharn (Ire) (Pivotal {GB}) and Dixie Dreamer (GB) (Exceed And Excel {Aus}), who is a half to stakes winner Blanche Dubawi (Ire) (Dubawi {Ire}), were pronounced in foal after being covered by the G1 Sussex S. hero. Mohaather commands £20,000 this term.

“It's always an exciting time of year and I was delighted to hear his first three mares had been scanned in foal,” said Shadwell Stud Director Richard Lancaster. “Mohaather has been a consummate professional in his new role–incredibly straightforward and easy to manage. He has a great temperament and is particularly laid back, which is always a huge help.

“He has a fantastic book of mares–a big thank you to all the breeders who have supported him–and is due to cover dual Group 1 winner Nazeef (GB) (Invincible Spirit {Ire}) this week. At this early stage, it appears he's a very fertile horse and we look forward to a long and successful breeding season.”