Modernist to Stand at Darby Dan 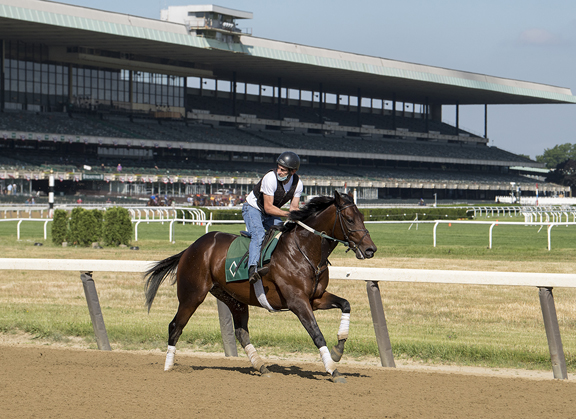 MGSW Modernist (Uncle Mo–Symbolic Gesture, by Bernardini) has been retired and will begin his new career as a stallion in 2022 at Darby Dan Farm in a deal brokered by Matt Bowling. He will stand for a fee of $10,000 S&N.

“We are excited to offer Modernist to breeders,” said Ryan Norton, stallion director at Darby Dan Farm. “He is a tremendously good-looking horse with a mind to match and hails from a strong and accomplished female family.”

A homebred for Martin and Pam Wygod trained by Bill Mott, Modernist retired with a record of 11-3-2-2 and earnings of $576,300. Following his third-out graduation with a win in last year's GII Risen Star S., the dark bay was off the board in his next two outings and was shelved for the season. Second in the GIII Challenger S. in his seasonal bow at Tampa Mar. 6, he won the GIII Excelsior S. at Aqueduct Apr. 3 and was second in the GIII Pimlico Special S. May 14. Modernist was last seen finishing sixth in the GIII Cornhusker H. July 2.

“He won at 1 1/8 miles in New York and progressed really well in the early part of his 3-year-old year,” Mott said about Modernist following the Risen Star victory. “He's become more mature and is professional about everything. He has plenty of stamina, as well as tactical speed. Disposition is so important in these kinds of races, and he has a lot of composure.”

Uncle Mo has proven himself as a sire of sires and Modernist also has a strong female line. His dam is a half to champion Sweet Catomine (Storm Cat) and MGISW Life is Sweet (Storm Cat).