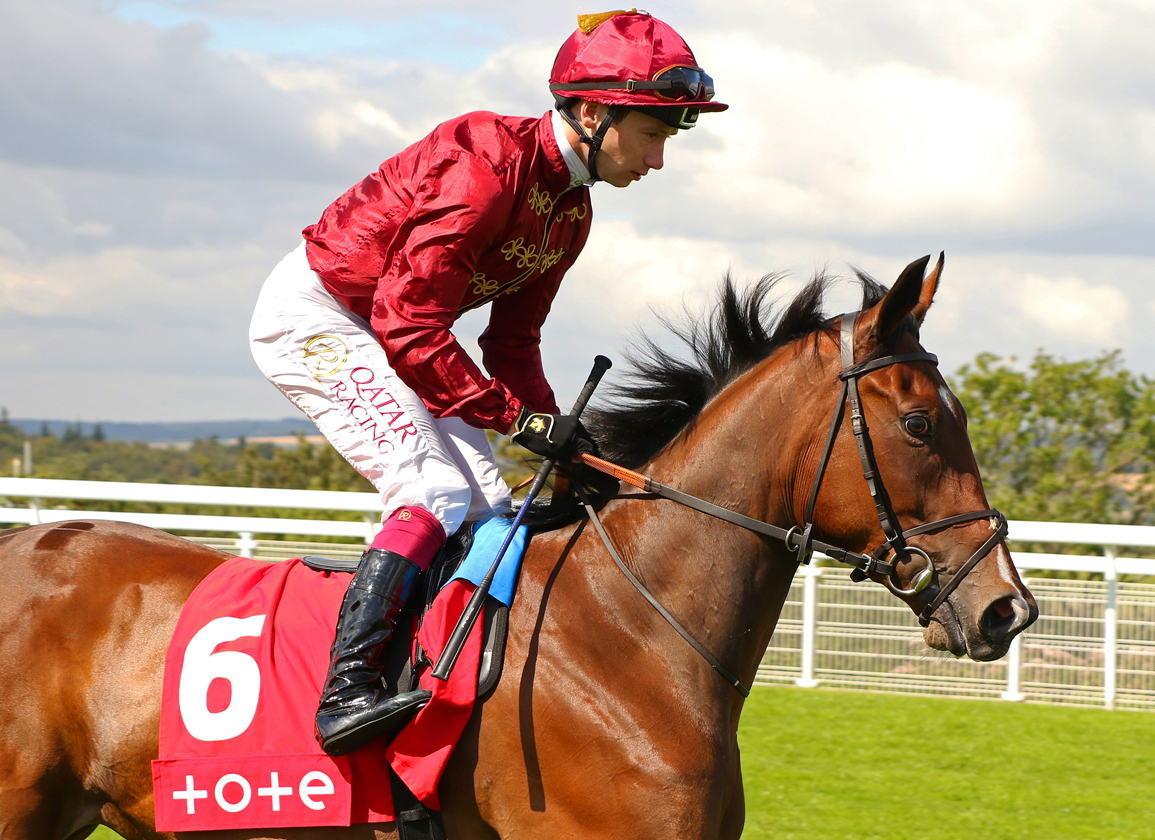 Qatar Racing's Mise En Scene (GB) (Siyouni {Fr}) will make her next start in the GI Breeder' Cup Juvenile Fillies Turf at Del Mar. Trained by James Ferguson, who won his first Group 1 race as a trainer with El Bodegon (Ire) (Kodiac {GB}) in the G1 Criterium de Saint-Cloud on Saturday, the filly broke her maiden at Haydock on July 2 and captured the G3 Prestige S. at Goodwood in just her second start on Aug. 28. She was fourth in the G1 Fillies' Mile most recently on Oct. 8.

“It's been half-planned since she won at Goodwood,” said Ferguson, of the filly's pending Breeders' Cup run. “His Highness Sheikh Fahad has always been a big supporter of the Breeders' Cup, and loves going out there.

“She's still very lightly raced, so she'll be a fresh horse, whereas a lot of horses in the race will have had a heavy season. To have a runner at the Breeders' Cup in only my second year training is huge.”