Mischevious Alex To Stand In Japan 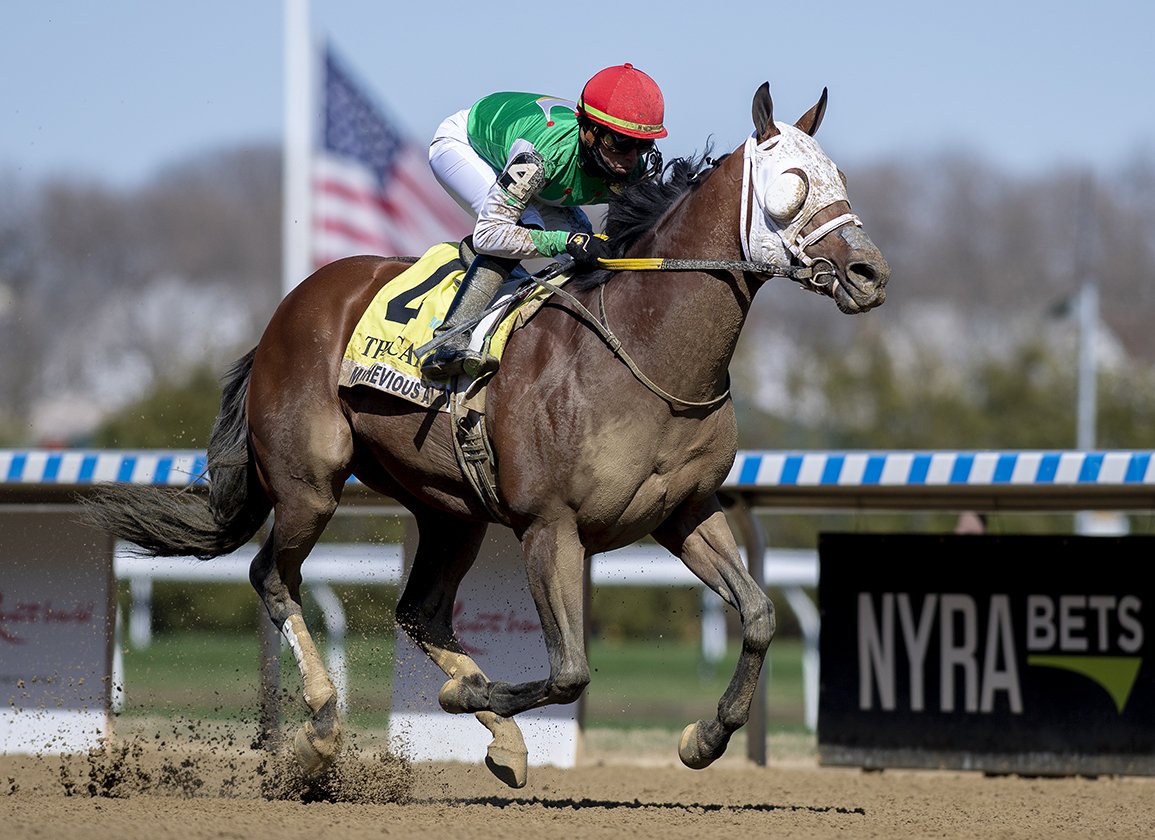 Mischevious Alex (Into Mischief–White Pants Night, by Speightstown), the romping 5 1/2-length winner of this year's GI Carter H. at Aqueduct, will enter stud in 2022 at the Shizunai Stallion Station on the island of Hokkaido, according to a release from the Japan Bloodhorse Breeders' Association (JBBA).

Bred in Kentucky by WinStar Farm, Mischevious Alex was a $75,000 Keeneland September yearling and was acquired privately by Charles Zacney's Cash Is King LLC after failing to meet his reserve at $140,000 at OBS April in 2019. A debut winner at Parx that June for trainer John Servis, the bay announced his arrival with a 9 3/4-length thumping of his rivals in the Parx Juvenile S. following which LC Racing bought into the colt. Mischevious Alex stamped himself as the leading sprinter/miler of his generation in early 2020, winning the seven-furlong GIII Swale S. by seven lengths and the GIII Gotham S. going Aqueduct's one-turn mile.

Turned over to Saffie Joseph, Jr. for his 4-year-old season, Mischevious Alex annexed a pair of starts in Florida, including the GIII Gulfstream Park Sprint S. before validating 4-5 favoritism in the Carter, accounting for MGISW Mind Control (Stay Thirsty). A courageous third in the GI Hill 'n' Dale Metropolitan H. in June after battling Knicks Go (Paynter) on the front end, Mischevious Alex retires with a record of 15-7-1-2 and earnings of $734,355. According to the release from the JBBA, Mischevious Alex will leave for Japan in early November. Shizunai Stallion Station is also home to American imports Animal Kingdom, Declaration of War, Eskendereya and Noble Mission (GB).

Mischevious Alex, who is bred on the same cross as fellow Grade I winner Mia Mischief, is out of a winning half-sister to the fleet GSW Hebbronville (Majesticperfection) from the same Harlan's Holiday sire line and to SW & GSP Master of Disaster (Dance Master). Into Mischief, who just celebrated his 100th black-type winner, is the sire of 13 winners from 17 runners in Japan, including the Group 2-placed Delta Barows.

WATCH: Mischevious Alex runs them ragged in the Carter