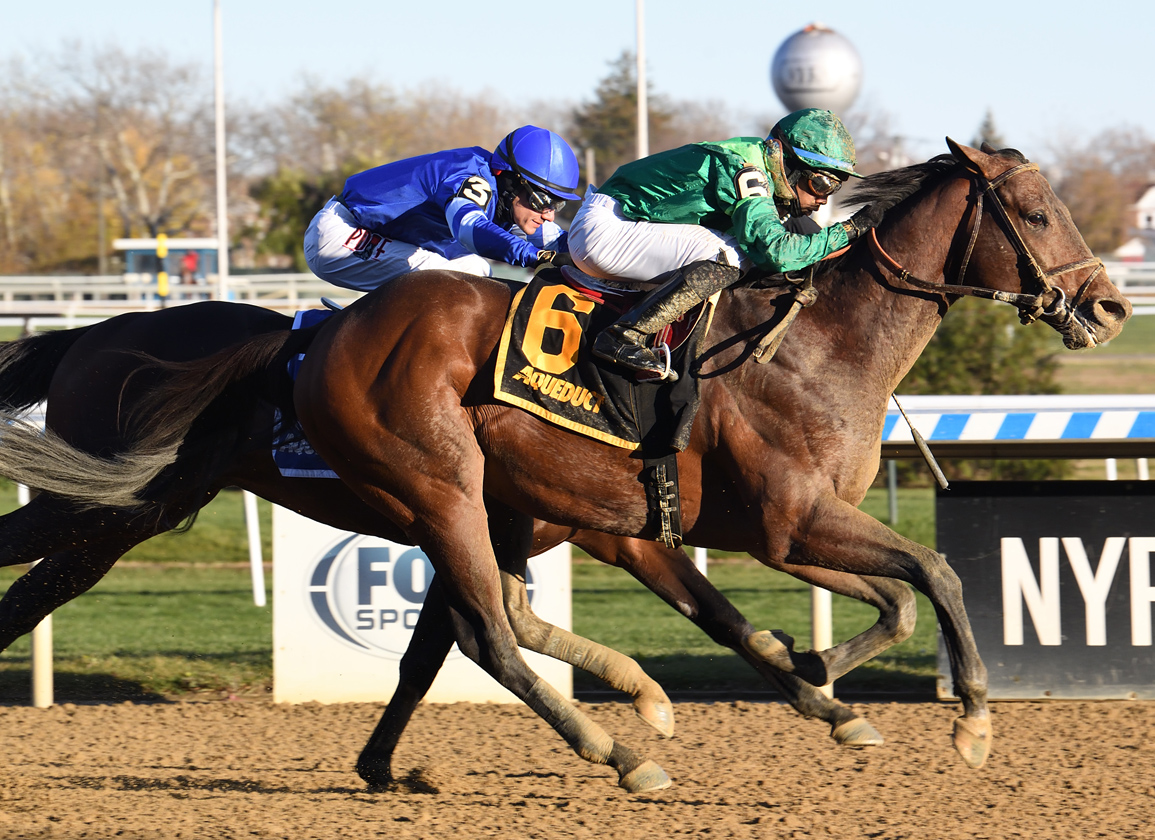 Peter Brant and Robert LaPenta's Miles D (Curlin) may have earned a trip to the G1 Saudi Cup in February with his victory in Saturday's Discovery S. at Aqueduct.

“I'm not one to send my horses to other continents to run. I like to stick to my circuits. But that race has been on my mind with the right style of horse,” trainer Chad Brown said. “This might be the kind of horse that fits for me trying one of those races. Although he's had a couple of hard races, he is lightly raced. If you look at his record, he hasn't had that many starts. He didn't have to do battle in the Triple Crown, and he doesn't have a ton of miles on him.”

Miles D was second in the Curlin S. and third in the GI Runhappy Travers S. over the summer at Saratoga and took a Belmont allowance in October before winning his first stakes race Saturday in his sixth career start.

Brown said Miles D was unlikely to target the Jan. 29 GI Pegasus World Cup at Gulfstream where he would face Breeders' Cup winners Knicks Go (Paynter) and Life is Good (Into Mischief).

“I have to talk to the owners about it. I'm not really sure,” Brown said. “I'm not so much interested in the Pegasus against those two horses. I'll get him down there and see. There's definitely a pace scenario to consider as well. If I race in big races in the wintertime, it's horses that are lightly raced. With horses that have had long campaigns, I don't care how much money they offer me at any track. I don't really run them too much. This horse, there's a possibility that we keep on going with him.”