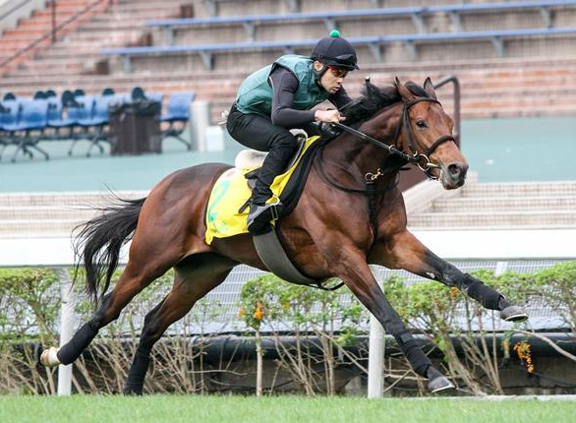 Arrowfield Stud has further bolstered its strong stallion line-up by the addition of a third Japanese-bred stallion and second son of Deep Impact (JPN) to its roster with the recruitment of Mikki Isle (JPN).

The champion sprinter/miler of 2016 in his native country, Mikki Isle won twice as a juvenile before landing the GI NHK Mile Cup at three to become Japan's top-rated miler of his age group. Further black-type wins were recorded in the GII Swan S. and the GIII Hankyu Hai, both over 1400 metres, before he notched a second top-level win in the GI Mile Championship at Kyoto last November.

Bred by Northern Farm, he is out of the unraced Rock Of Gibraltar (Ire) mare Star Isle (Ire), a grand-daughter of the multiple Grade I winner Stella Madrid (Alydar). Star Isle is also the dam of recent dual Grade 3-placed Taisei Starry (JPN) (Manhattan Cafe {JPN}).

Mikki Isle is currently standing his first Northern Hemisphere season at Shadai Stallion Station and will join his stablemate Real Impact in shuttling to the Hunter Valley. His fee for 2017 will be set after the Inglis Easter Yearling Sale.