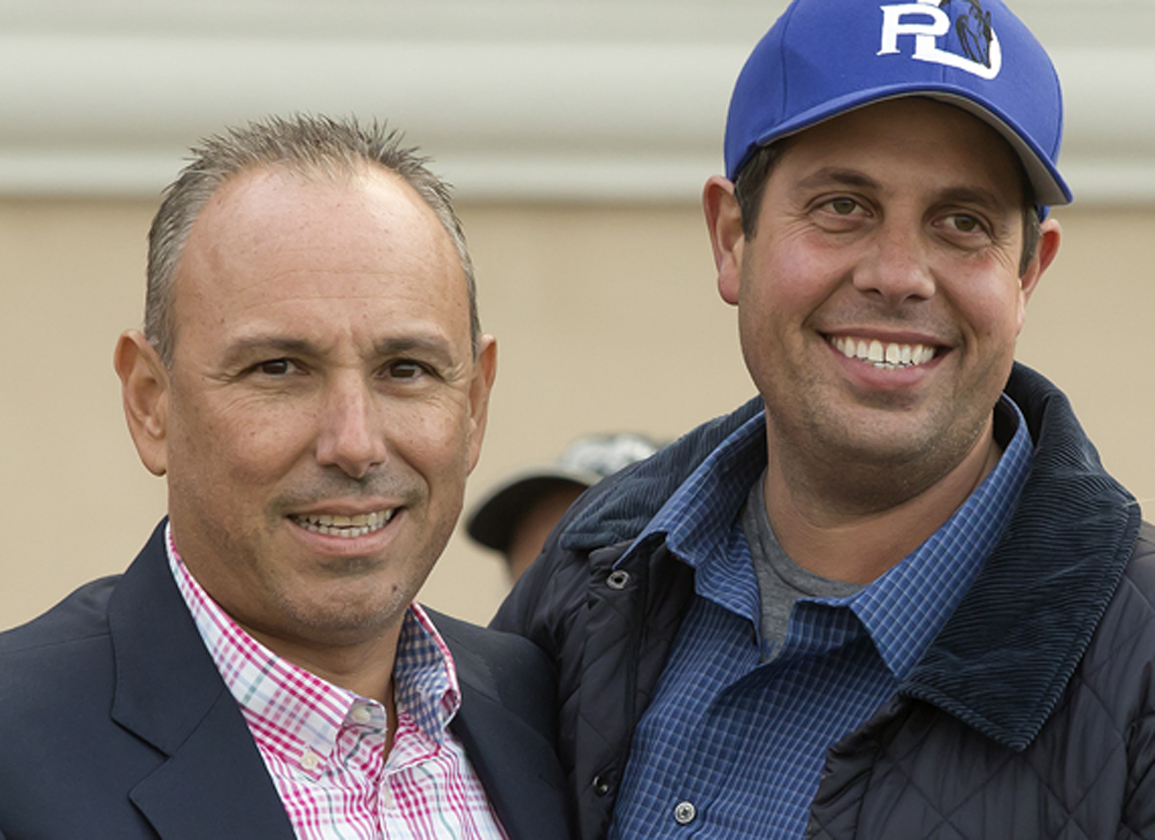 A filly by Midnight Storm turned in the fastest furlong work of the day and a pair of juveniles shared the day's fastest-quarter mile breeze during Wednesday's first session of the under-tack show for the Ocala Breeders' Sales Company's June Sale of 2-Year-Olds.

“She's a pretty nice filly, but you never know until they actually get out there,” Venneri said. “We were optimistic, but we thought she probably needed another two or three weeks to get to be where they thought she needed to be. So it was a little surprising that she did it for us before that time. She is a late-bloomer, which is kind of typical with that family.”

Venneri has plenty of experience with the family. He co-bred and raced the filly's first-crop sire Midnight Storm, who has gotten off to a hot start in the juvenile sales ring this spring.

“He was just such a sound horse, which is just unheard of, and he was correct,” Venneri said of Midnight Storm. “I've always been high on him and I always thought his offspring were going to do well. I didn't think they would come out as 2-year-olds the first two months and be extremely precocious, but I am expecting pretty big things from him.”

Midnight Storm hit the board in 17 of 27 starts and earned $1,233,250. He won seven graded races over four seasons, including the 2016 GI Shoemaker Mile and he was third in that year's GI Breeders' Cup Mile and second in the 2017 GI Awesome Again S. and GI Santa Anita H.

Venneri and partners claimed hip 107's dam, Ava G (Afternoon Deelites), for $25,000 in 2007. The mare produced Miss My Rose (Magician {Ire}), whose career was cut short by injury after she won a 2019 stakes race in just her second start.

“Her half-sister ended up getting hurt and we thought she was a Grade I horse,” Venneri said. “So we were high on this one.”

Venneri has another filly by Midnight Storm (hip 595) in the June sale with Scanlon Training & Sales and, looking further ahead, the breeder is excited about a yearling by the stallion out of Skittle Bomb (Giant's Causeway) he will offer at the Keeneland September sale.

“I have a Midnight Storm yearling that we are selling in September and that horse is pretty awesome,” Venneri said. “From the reports that we've heard, we expect him to do some really good things.”

A filly by Uncaptured (hip 5) worked the co-fastest quarter-mile of :21 1/5 during Wednesday's under-tack show. Bred and consigned by Ocala Stud, the chestnut is out of Valid Concorde (Concorde's Tune) and is a half-sister to stakes winner Seismic Jolt (Kantharos).

A colt by Candy Ride (Arg) (hip 18) also worked the quarter-mile in :21 1/5. Consigned by Wavertree Stables on behalf of breeder Joe Minor's JSM Equine, the bay is out of Viva Malala (Malibu Moon), a half-sister to multiple stakes winner and Grade I placed Icabad Crane (Jump Start).

The OBS June under-tack show continues through Sunday with sessions beginning daily at 7:30 a.m. The June sale will be held next Wednesday through Friday with bidding starting at 10:30 a.m. each day.