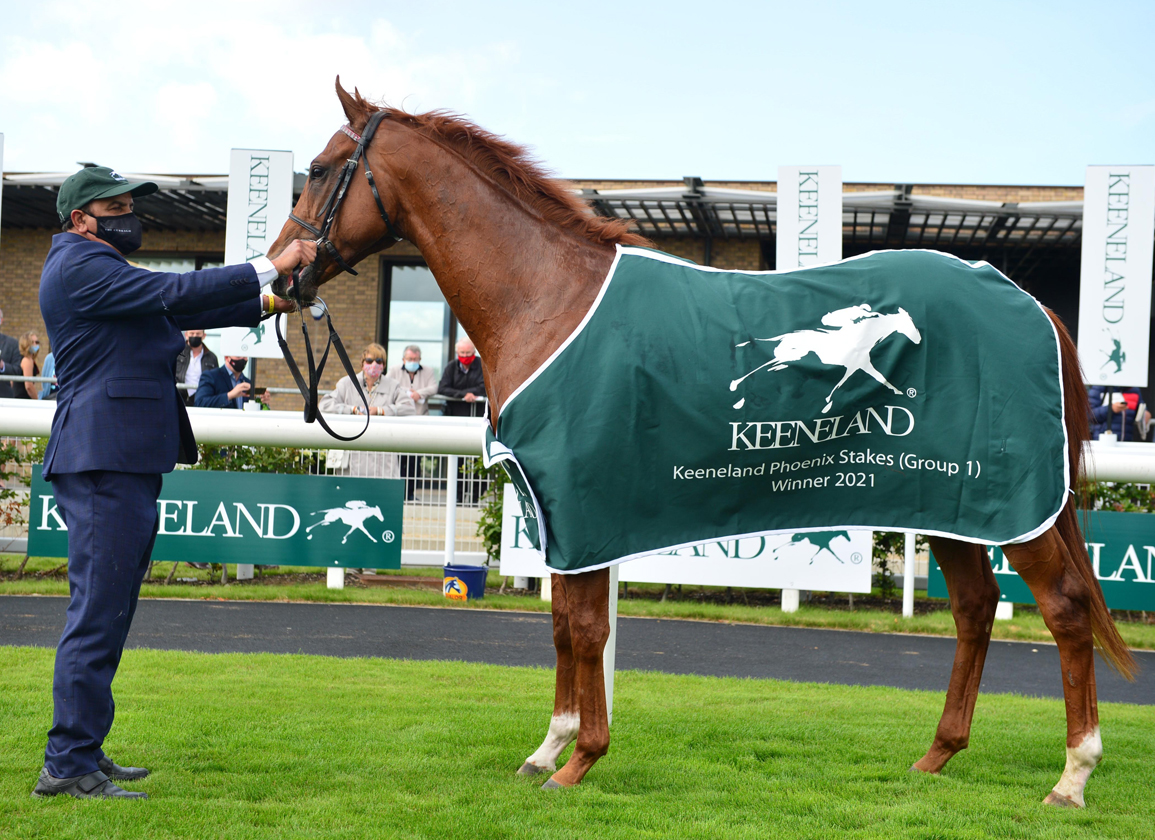 The Sept. 25 G1 Middle Park S. at Newmarket remains the main goal for Group 1 winner Ebro River (Ire) (Galileo Gold {GB}), Hugo Palmer confirmed on Friday. Racing in the Al Shaqab silks, the colt will bid to add to his Group 1 haul after taking the G1 Keeneland Phoenix S. at The Curragh on Aug. 8.

Said Palmer, who trained Ebro River's sire Galileo Gold to wins in the G1 2000 Guineas and G1 St James's Palace S., “I've left him in the [Sept. 18 G2] Mill Reef [at Newbury] just in case it looks like being soft there and it looks like being firm ground at Newmarket, but I'm not sure many have carried a Group 1 penalty in that race.

“He is very unlikely to go to the [G1] National S. [at The Curragh on Sept. 12] and the [G1 Prix] Jean Luc Lagardere [at ParisLongchamp on Oct. 3] is a possibility, but I think six furlongs is his trip. The Middle Park is the main aim and that is where we want to go but we have kept the other options just in case.”

Successful at second asking at Doncaster in May, Ebro River added the Listed National S. at Sandown on May 27. Only fifth in the G2 Coventry S. at Royal Ascot, the chestnut reported home fourth in the G2 Tattersalls July S. and July 29 G2 Unibet Richmond S. prior to his top-level score.