Miami IP Stable Ready for Round 2 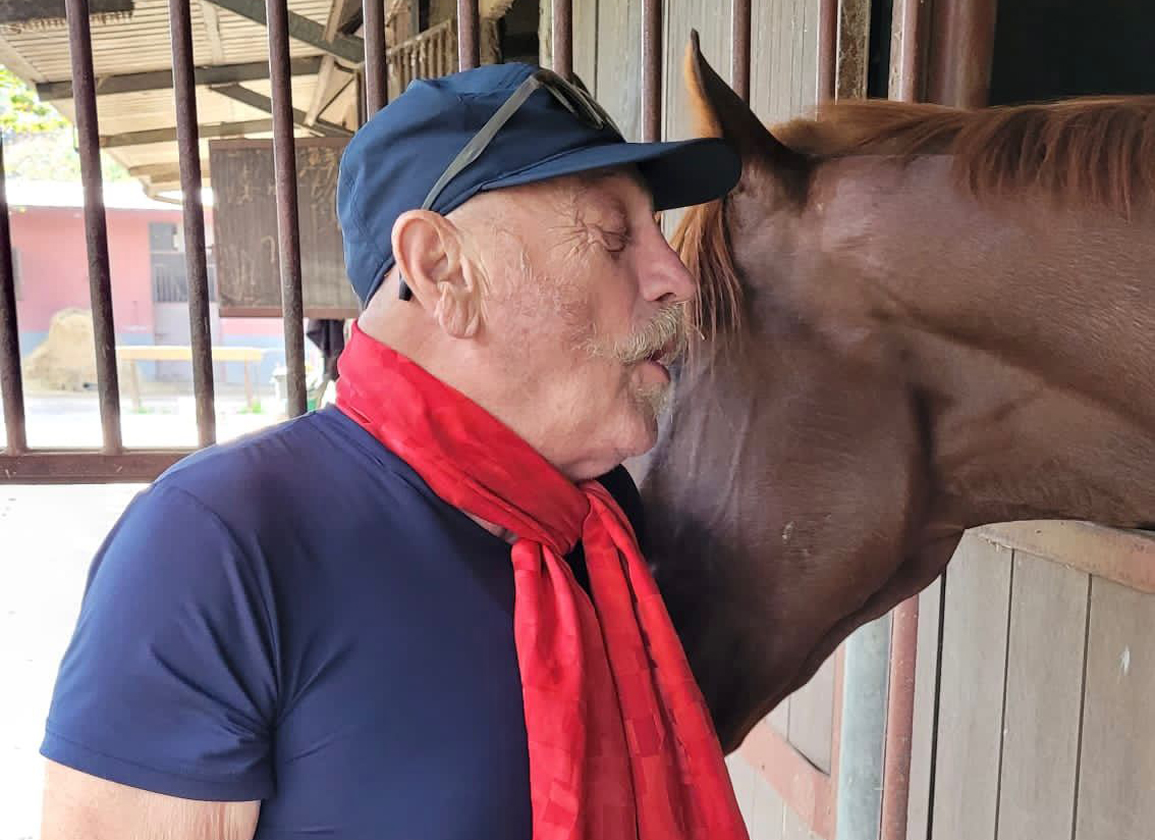 A group of Italians who call South Florida home banded together last year to form Miami IP Stable, a racing stable of American-bought horses to race in Italy. The partners' initial investment worked out so well, they plan on restocking at the upcoming yearlings sale and this time they hope to make use of evolving technology to increase their buying power. Paolo Romanelli, whose roots in Italian racing run deep, spearheaded the partnership.

“I have this passion for horse racing because of my family tradition,” Romanelli said of the origins of Miami IP Stable.

“In Miami, I met my good friends Piero Salussolia, he is a lawyer, and Luca Gattai, an entrepreneur, and we talked about buying some horses in America to race in Italy.” Romanelli continued. “And if they did well, maybe, we would bring them back to America. And we put together a partnership called Miami IP.”

“Piero and Luca didn't know almost anything about horse racing, so we went to the March sale at OBS to study everything,” Romanelli said. “We watched the bidding, we went to a few farms, and then in April of 2021, we put together this budget with two other partners who gave us some money. The three of us went to Ocala, and with the help of my very good friends Emmanuel and Laura de Seroux of Narvick International, we bought three horses.”

Of the decision to buy horses in the U.S., rather than Europe, Romanelli explained, “We are based in Miami most of the time. I live here permanently, I go to Italy two or three times a year. Piero has a beautiful house on an island here in Miami Beach. And Luca owns a historical private resort beach in Italy in Viareggio, called Bagno Lido, but he has a place in Key Biscayne where he stays six months a year, when the season is over in Italy for the beach in the winter, he comes to Miami. So we are familiar with the horses in America more than in Europe.”

Shortly after the auction, the group added another partner when entrepreneur Maurizio Mian, who generates headlines with his German Shepherd Gunther–nicknamed the world's richest dog–acting as a lead investor.

“I went to school with Maurizio,” Romanelli said. “We grew up together and we were part directors of a soccer team in the countryside of Pisa called San Prospero. We were very close. But we lost track of each other. For a few years, we didn't see each other. He was in Santo Domingo in the Dominican Republic on vacation and Piero, his friend and his lawyer, was also there. It was just after the sales at OBS in April. Piero told him, 'We have a new venture, we bought three horses.' Piero told him I was involved and we spent a little more than we thought. Maurizio asked if we needed money and Piero said, 'Maybe. Maybe $30,000 to keep everything paid until September, the shipping, the quarantine. And Maurizio said, 'Since Paulo is there, I will give you $50,000 and I want to be a partner.' So without knowing anything about the horses, he gave us $50,000.”

The three OBS Spring juveniles spent a month in quarantine in Miami before shipping to Rome to join the barn of trainer Agostino Affe'.

“The horses started running in October of last year,” Gattai said. “We had a few wins and places, everybody was very happy, so we bought another one, a yearling at Fasig-Tipton October. I named him Tequila Picante. He is by Summer Front and he is about to start. We were totally new to Thoroughbred racing, but we became very excited because of the results. We didn't win any big races, but with one horse–Di Lido (Liam's Map)–we ran in the May 22 US$700,000 G2 Italian Derby.”

The partners were so happy with the initial results of the stable, they plan on adding yearlings to the roster this fall. To increase capital and to attract new racing fans, they plan on making use of Non-Fungible Tokens (NFTs), digital assets which represent real-world objects such as art, music or videos. NFTs are generally bought and sold online using cryptocurrency.

Salussolia said he is excited to make use of NFTs in the horse racing industry.

Salussolia said the group already has some 15 interested investors and the hope is, as the stable's successes grow, the value of the NFTs will increase.

For Romanelli, the stable's individual results aren't as important as his desire to keep his family tradition in the sport and to possibly be a part of racing's resurgence in Italy.

“I always wanted to give a positive picture of racing in Italy,” he said. “In the recent past, there were many negative comments about Italian Thoroughbred racing. But now, there is a new leadership in the Italian government and they are supporting racing strongly and there is a younger leadership in the horsemen. At the opening weekend at the San Siro racetrack in Milan there were 21,000 people. They are paying the purses faster–that was always the main problem–and we have foreign stables coming back.”

Romanelli continued, “So we are all Italians and we want to buy here in the United States because we are more familiar with the bloodlines here and also because we live here, so it's easy to go to Ocala and to Lexington, but at the same time, we want to race in Italy because we want to support Italian racing. I hope to go back to the big days of Federico Tesio, Nearco and Ribot. It's a mission.”