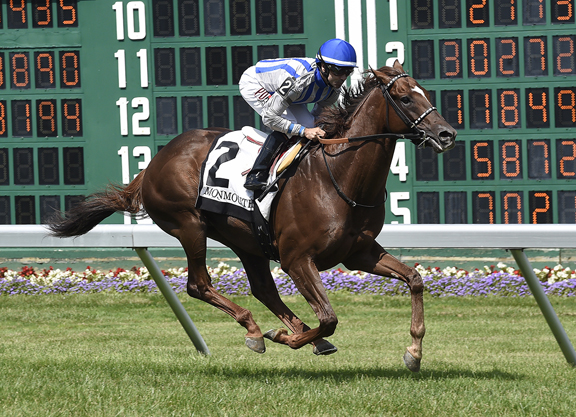 Six-time graded stakes winner and Pin Oak Stud homebred Synchrony (Tapit–Brownie Points, by Forest Wildcat) has been retired from racing. The Michael Stidham trainee sustained a minor injury in his last out, an off-the-board finish in Monmouth Park’s Oceanport S. Aug. 9, and it was determined the required time to fully recover would cause him to miss the major fall racing.

Over six years of campaigning, Synchrony recorded his finest years in 2018 and 2019, when his wins included the GII Muniz Memorial H. at Fair Grounds and the GII King Edward S. at Woodbine. He also placed in Churchill’s GI Old Forester Turf Classic S. in 2018. His final tally of 29-9-5-6 and earnings of $956,652 included 16 black-type wins or placings.

Synchrony is scheduled to arrive at the Central Kentucky nursery this week. Stud plans are pending.