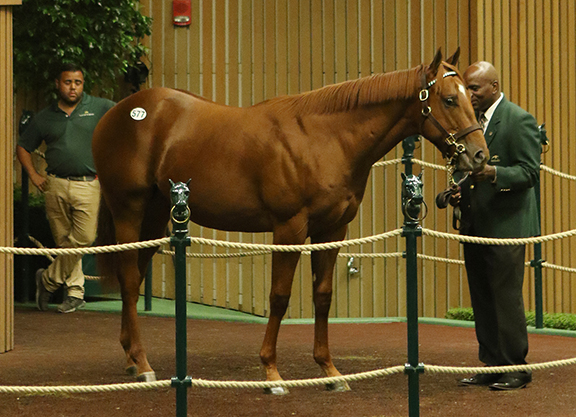 Eclipse Thoroughbred Partners and trainer Todd Pletcher campaigned Curalina to three Grade I victories and over $1.5 million in earnings and Saturday they unveil her full-brother CURALINGO (Curlin">Curlin). The $900,000 KEESEP purchase is out of GSP Whatdreamsrmadeof (Graeme Hall), who was purchased by Jane Lyon's Summer Wind Farm for $1.65 million carrying this colt at the 2016 Fasig-Tipton November Sale. Curalina sold for $3 million to Japan's Shadai Farm at that same auction. A half-sister to MSW & GSP Ladyecho (Alphabet Soup), Whatdreamsrmadeof is also the dam of GSP Dream Spinner (Hard Spun). TJCIS PPs