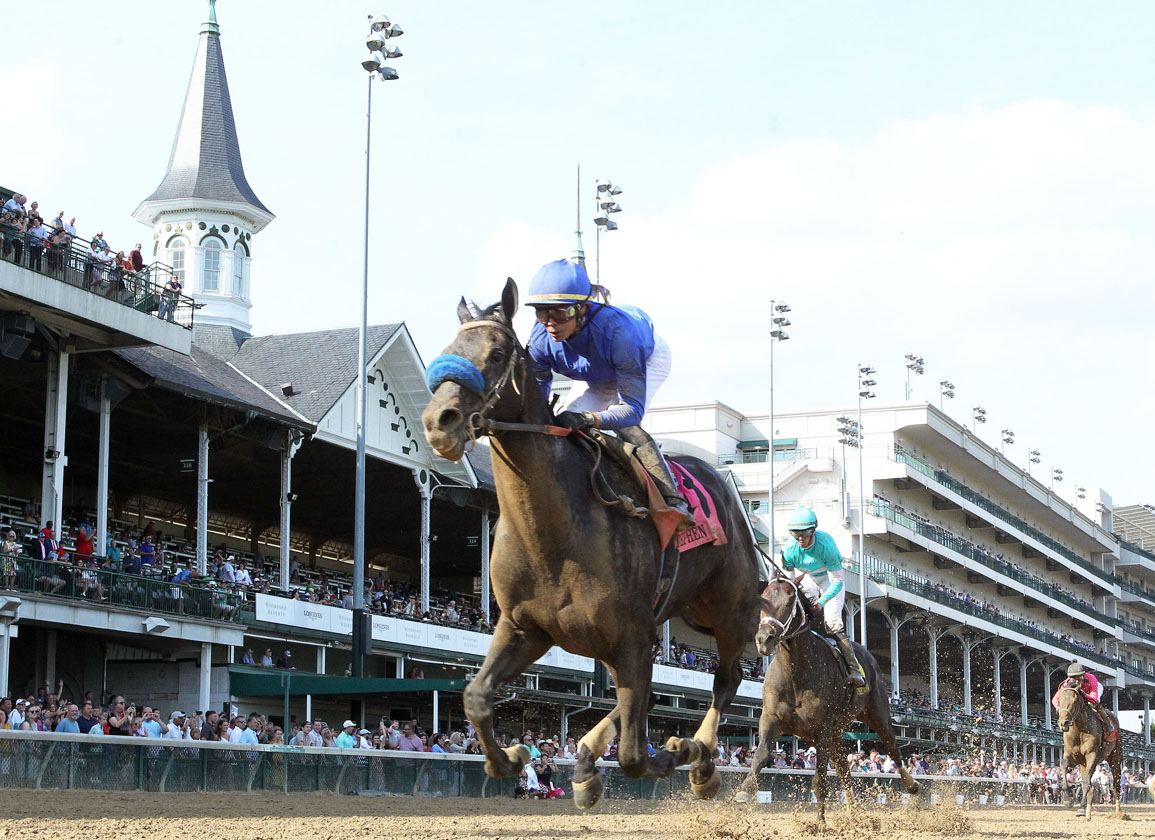 Godolphin homebred Maxfield (Street Sense) put on a show at Churchill Downs yet again with a dazzling victory in the GII Stephen Foster S., a “Win and You're In” for the GI Breeders' Cup Classic. Running off the fence early, the 2-5 chalk settled in sixth as longshots Empty Tomb (Speightstown) and Sprawl (City Zip) duked it out through opening splits of :23.33 and :46.88. Making an eye-catching move up the outside on the backstretch run, the dark bay swiftly picked off rivals, flying up to take charge at the quarter pole. It was all over from there. With Jose Ortiz still motionless in the irons, Maxfield charged home down the fourth path to win as he pleased by 3 1/2 lengths. Warrior's Charge (Munnings) filled the place spot and Sprawl held third.

“It was a really good performance,” trainer Brendan Walsh said. “It looks like he continues to improve all the time. Thankfully now he's been good and healthy. Our goal has been to get a good string of races into him and that's starting to happen. I'm glad to get over another obstacle today. We'll hope he comes out of today's race in good order and we'll move on to the next one.”

“I just sort of had to stay out of his way,” said Ortiz. “He has a big stride and does it so nicely. It's great to be back here at Churchill with this horse. He seems to be getting better and loves it here.”

“We had a lot of confidence today,” said Godolphin's North American President Jimmy Bell. “He settled down up the backside and down the lane he finished in a strong hand ride. It's his fourth start of the year, so it's good to see the succession of races coming together. We can look at the [Aug. 7 GI] Whitney as a primary target.”

Maxfield was two-for-two as a juvenile, following his debut win at Churchill in 2019 with a decisive victory in the GI Claiborne Breeders' Futurity S. He was the early favorite for the GI Breeders' Cup Juvenile, but was forced to scratch with a minor lameness. Making a victorious return in this venue's GIII Matt Winn S. last May, he was forced off the Triple Crown trail with a condylar fracture. Making yet another comeback in the Tenacious S. at the Fair Grounds in December, the dark bay proved no worse for wear with a facile score and followed suit with a win in that venue's GIII Mineshaft S. Feb. 13. Maxfield suffered the first loss of his career when trying 10-panels for the first time in the GI Santa Anita H. Mar. 6, but rebounded with a dominant victory in the local GII Alysheba S. Apr. 30.