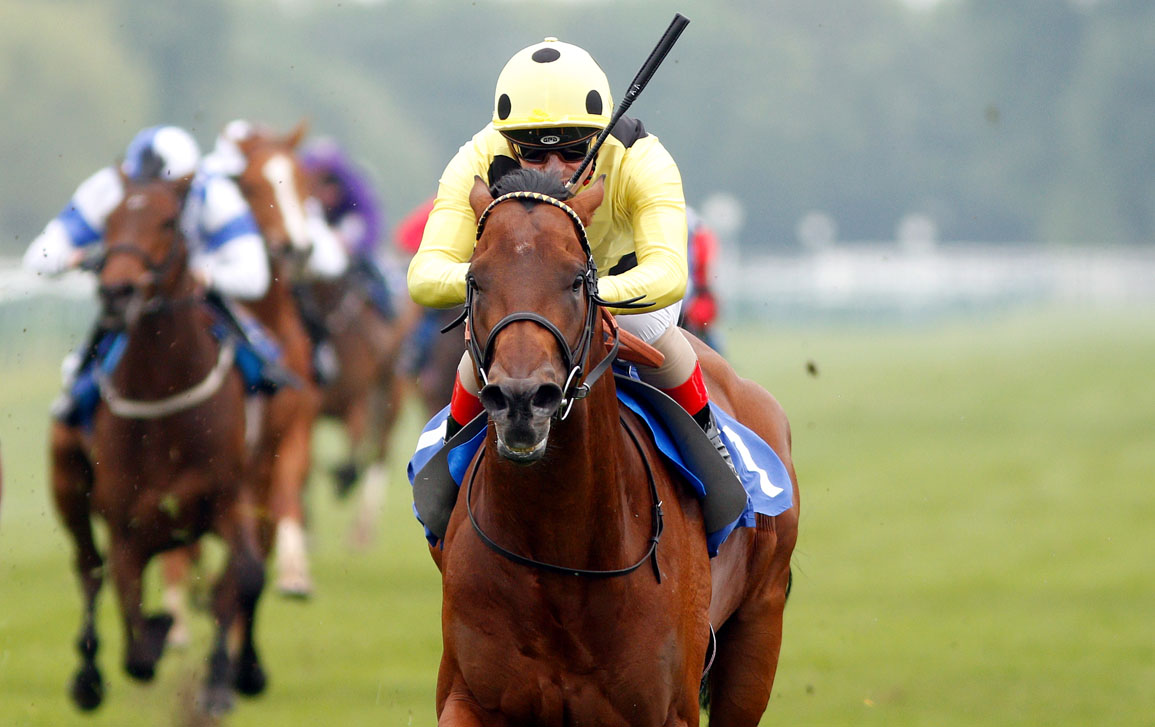 With the 2022 breeding season right around the corner, we will feature a series of breeders' mating plans over the coming weeks. British-based breeder Greg Saveall-Green shares with us the mating plans for his three-horse broodmare band, which he boards at Elusive Bloodstock's Hundred Acre Farm.

A winner for Simon Crisford and Sheikh Mohammed Obaid, Cape Liberty was purchased by Saveall-Green for 1,000gns at Tattersalls December in 2020 barren after being covered by Ribchester (GB). Cape Liberty, who is from the extended family of the G1 King George VI and Queen Elizabeth S. and G1 Prince of Wales's S. winner Poet's Word (GB) (Poet's Voice {GB}) had two sisters win black-type races in 2021, with Abby Hatcher (Ire) (Acclamation {GB}) taking the GIII Chicago S. and Purciaretta (Ire) (Cotai Glory {GB}) the Listed Premio Divino Amore Livermore. Cape Liberty's first foal was a Teofilo (Ire) colt who is two this year, and she will be bred to the 2020 G1 Sussex S. winner Mohaather (GB), who stands his second season at Shadwell's Nunnery Stud for £15,000.

“I bought her cheaply from the Godolphin draft at Tattersalls December in 2020,” said Saveall-Green. “She had a great year in 2021 with two half-sisters winning stakes races, giving her pedigree a nice boost.

“I thought she would suit Mohaather as he's a gorgeous, correct stallion and was very talented with that rare flash of brilliance that the purists love to see.”

Placed three times for Sheikh Hamdan bin Mohammed and trainer Mark Johnston, Wootton Creek was bought by Saveall-Green for 1,000gns from Godolphin and Kingsley Park at last year's Tattersalls Autumn Horses-In-Training Sale. She will be covered for the first time this season by first-season sire Roseman (Ire) (Kingman {GB}), who was second in the G1 Queen Elizabeth II S. of 2020 and stands at March Hare Stud for £5,500.

Solemn Pledge, a winning mare whose second dam is a full-sister to Cape Cross and whose third dam is the excellent producer Park Appeal (Ire) (Ahonoora {GB}), was bought by Saveall-Green for 6,500gns at the recent Tattersalls December Mares Sale in foal for the first time to Havana Grey (GB). She will also visit Roseman after foaling out.

“Both Wootton Creek and Solemn Pledge are going to Roseman, who I think is a very exciting addition to the stallion ranks in Great Britain this year,” said Saveall-Green. “I like to choose stallions with that flash of brilliance and arguably Kingman is the best example offering that trait anywhere in the world, but Kingman is out of reach for me so I'm thrilled to see a highly rated and correct son of Kingman available at a commercial price here in GB. I'm sure even casual pedigree experts could appreciate Roseman's page; it's littered with champions. I think he is rare value–how many other Timeform 125-rated stallions have ever been available to breeders at £5,500?”

Let us know who you're breeding your mares to in 2022, and why. We will print a selection of your responses in TDN over the coming weeks. Please send details to: [email protected].