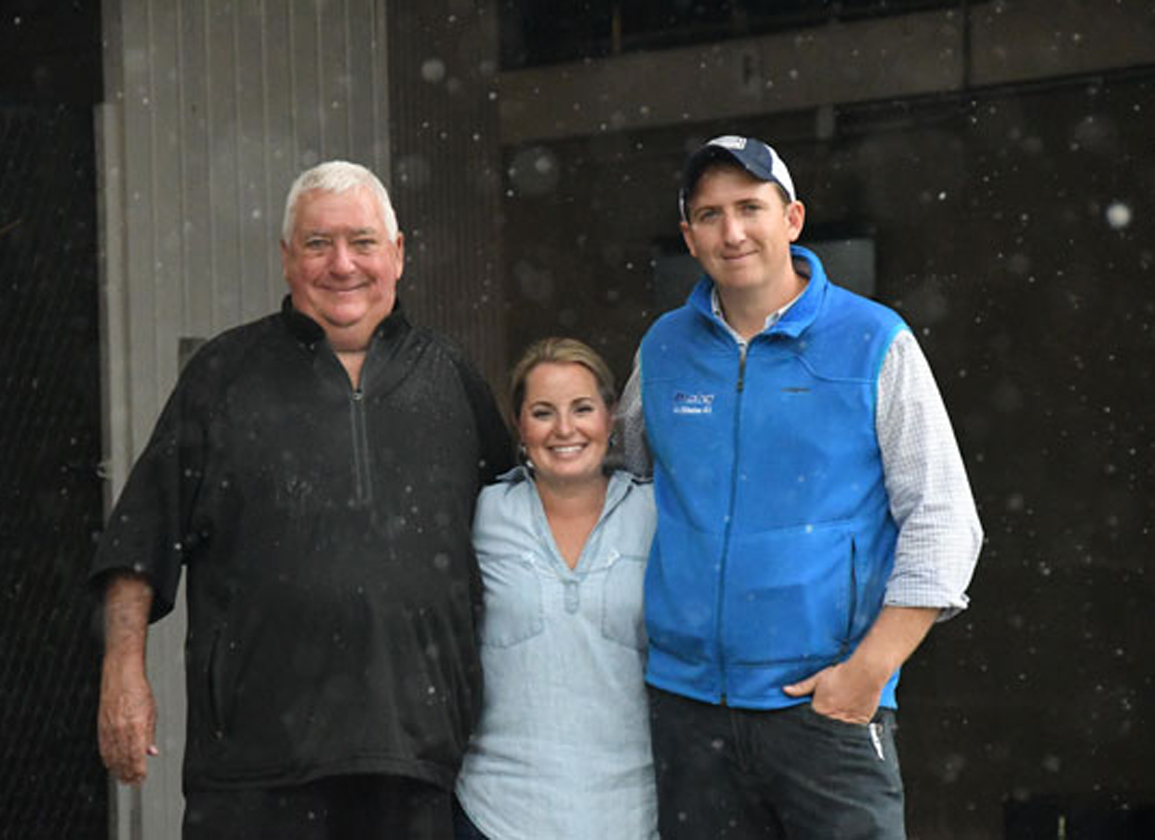 With the 2022 breeding season right around the corner, we will feature a series of breeders' mating plans over the coming weeks. Today we have John Greathouse III of Glencrest Farm.

INCREDIBLE YOU (m, 4, Uncle Mo–Zoftig, by Cozzene), to be bred to Charlatan

Incredible You is one of my best-bred mares. She is out of Zoftig, who successfully raced under the Glencrest colors before being sold and having an even better career as a broodmare. Incredible You is currently in foal to Authentic due at the end of January. We have chosen to send her to Charlatan this year. He was a special racehorse and he has looks to go with it. I think both horses suit each other nicely.

Incredible You's family has crossed well with the Gone West line in the past, producing Zaftig, winner of the GI Acorn. I thought it made a lot of sense from a physical standpoint as well. She's a bigger two-turn looking mare. I think he will add some hip and shoulder to her foals.

Copper Bay is another mare we are excited about. She is a half-sister to Tapiture and is in foal to Munnings, making the foal a three-quarter to Finite. We wanted to continue to go to proven stallions with her at this point so we chose Maclean's Music. He continues to throw fast horses year after year and he's absolutely gorgeous.

She will hopefully add some leg to the foal while he will put top line and speed into her prospective foal. I think Maclean's Music has a chance to be a special sire with the start he's had so far at stud. He should only get better and better with the quality mares he will be getting the next couple years.

FLAT MEADOW (m, 7, War Chant–Figure of Beauty, by Street Cry {Ire}), to be bred to Mendelssohn

Flat Meadow is a mare we purchased in November in foal to Dialed In. Since her arrival at the farm, she's had two significant updates by two half-sisters. Both won stakes in their last races. We decided to send her to Mendelssohn. I've always felt like he was born to be a sire. He's incredibly well bred and is probably one of the best-looking horses I've ever seen. Flat Meadow has some turf in her family and I think he will add precocity to her foal. I'm excited to see what his foals can do on the track.

DELIA O'HARA (m, 5, Khozan–Starlet O'Hara, by Discreetly Mine) and VICTORIA BARKLEY (m, 4, Uncle Mo–Stanwyck, by Empire Maker), to be bred to Liam's Map

I have two maiden mares going to Liam's Map. Liam's Map was an extremely fast horse and I felt like he was one of the best value plays going into this breeding season based on what he's done so far at stud. He's bred a solid book of mares every year and I think his numbers will only improve going forward.

Delia O'Hara is a maiden half-sister to Winning Map that we bought privately. She's stakes-placed and [a] medium-size mare. We decided on Liam's Map because of her brother and hope he's as good as advertised. It never hurts selling foals that are three-quarters to good horses.

Victoria Barkley is an unraced daughter of Uncle Mo out of Stanwyck, a graded stakes half-sister to Giacomo and Tiago. We loved her physically and I think she suits Liam's Map perfectly. She's a mare we plan to keep long-term at the moment and we wanted to give her a solid start to her broodmare career going to a good proven stallion on the rise like Liam's Map.

FAY NA NA (m, 11, Majestic Warrior–She's Roughin It, by Forest Camp), to be bred to Yaupon

Fay Na Na is one of my favorite mares and I'm sending her to Yaupon. All she's done is throw good foals for me. She throws big strong foals, all of which have been good looking. Yaupon is one of the best-looking sons of Uncle Mo I've ever seen and had the speed to go with it. Couldn't be more excited about this mating.

MISSOURIA (m, 7, Bellamy Road–Nebraska, by Street Cry {Ire}) and BANDED (m, 13, Bandini–Rebalite, by More Than Ready), to be bred to Bolt d'Oro

I'm also breeding two mares to Bolt d'Oro. His foals and yearlings have really impressed me. They all look like runners. One of the best yearlings I have on the farm is by Bolt. I think he's got a real shot at becoming a successful sire long-term. The hip and shoulders that he puts on his foals is incredible.

Missouria is a granddaughter of Honest Lady by Bellamy Road. Her first foal was a nice Nyquist colt that I'm told is pointed toward Miami. She has a solid Kantharos yearling and is in foal to Frosted. She's out thrown herself so far and we thought that Bolt would pretty her foals up since she's a little plain. The family is deep and we think she could be a special mare for us if she can produce a solid runner.

Banded is the other mare going to Bolt. She has a Frosted yearling and is in foal to Practical Joke. The mare herself was stakes- placed and a half-sister to Race Day. She needs a little size bred into her and I think Bolt is perfect for that.

SWEET TALKIN (m, 10, Candy Ride {Arg}–Irene's Talkin, by At the Threshold), to be bred to Essential Quality

I'm sending one of the farm's best mares to Essential Quality. Sweet Talkin had a beautiful Tapit colt sell in Saratoga last year, making this foal a three-quarter to him. She continues to throw herself and we thought Essential Quality had all the qualities she was lacking. He was obviously very talented on the track but he has the looks to go with it. Very excited to see what she produces.

As a commercial breeder, it's not the easiest thing projecting which stallion is going to be popular in two or three years time. I'm really excited about my matings this year, though. I think all are attractive horses that we are breeding to and all were very talented on the track. I think something that gets overlooked when mating mares is how the two horses match up physically. People put a lot of stock in nicks, which is a useful tool to help mate them. But I find the physical part to be maybe even more important. Nicks change, physicals really don't. So I try to focus on starting with the physical and making the nick match it.