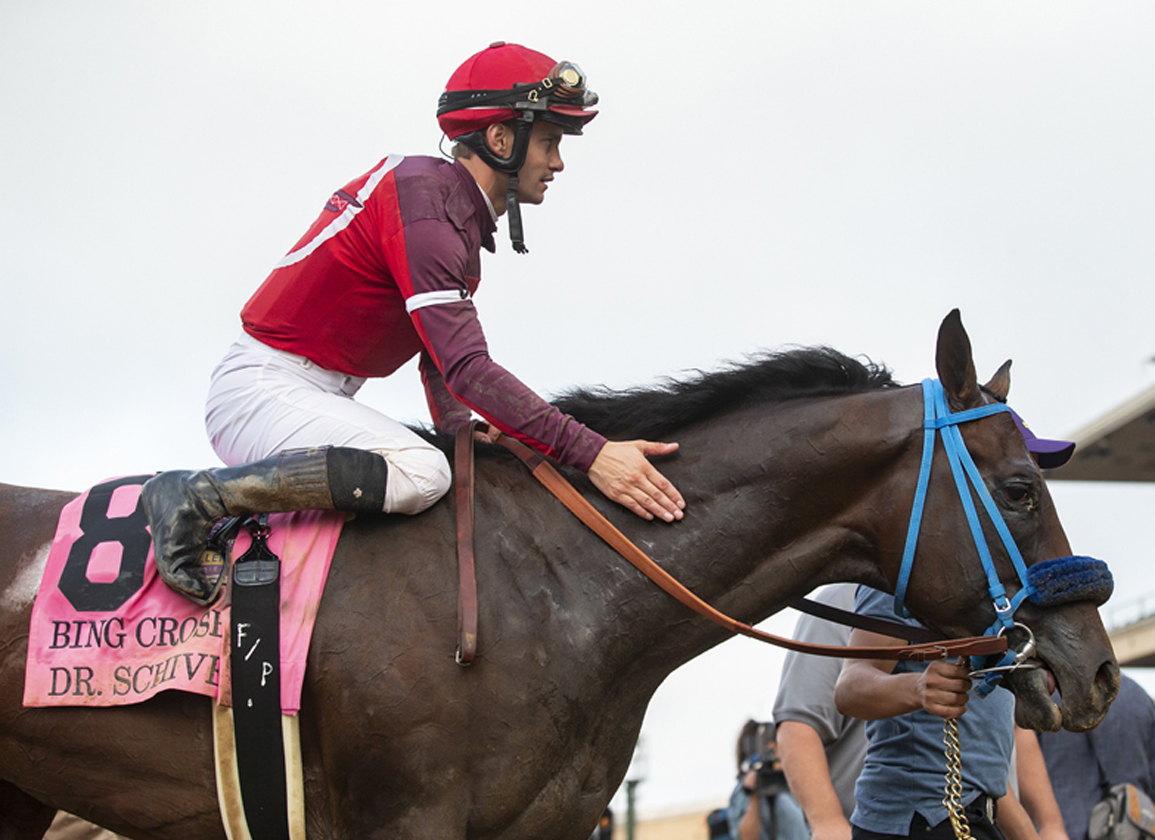 The race for 2021 champion sprinter looks like a tossup for now between Dr. Schivel (Violence) and Jackie's Warrior (Maclean's Music), but that could change Sunday at Santa Anita.

While Jackie's Warrior is done for the year, Dr. Schivel will try to end 2021 with a victory against brilliant 'TDN Rising Star' Flightline (Tapit) in the GI Runhappy Malibu S., where he could pick up his second Grade I win on the year and his third stakes win overall. Jackie's Warrior ended the year with four stakes wins, but just one, the GI Allen Jerkens Memorial S., at the highest level. The two met for the only time this year in the GI Breeders' Cup Sprint, where Dr. Schivel was second, losing by a nose, and Jackie's Warrior finished sixth as the 1-2 favorite.

“This is a very prestigious race,” said Dr. Schivel's trainer, Mark Glatt. “We're hopeful he does very well and that will be enough for him to earn an Eclipse Award. Obviously, if he wins it will improve his chances considerably. I am told that a lot of the voters have already cast their votes or have already made up their minds. I hope not. How much this race makes a difference to the majority of the voters is kind of hard to say.”

Though he won last year's GI Runhappy Del Mar Futurity for trainer Luis Mendez, Dr. Schivel, a $37,000 RNA as a KEEJAN short yearling, was the forgotten member of the 3-year-old male division for much of the year. After a layoff of more than nine months and after being turned over to Glatt, he returned in June and won an allowance at Santa Anita. Glatt stuck to sprints and Dr. Schivel rewarded him with victories against older horses in the GI Bing Crosby S. and the GII Santa Anita Sprint Championship S. A victory in the Breeders' Cup likely would have clinched year-end honors, but Dr. Schivel lost in what was one of the tightest photos in Breeders' Cup history.

“We got beat in the worst way possible but at least the horse showed up and ran his race, so we were pleased with that,” Glatt said. “The horse ran a heck of a race against a very good group of horses.”

In just about any other race against any other group of horses, a horse with Dr. Schivel's credentials would be the heavy favorite in a spot like the Malibu. But he will have to deal with Flightline, who, in his brief career, has shown that he could be a superstar and will likely be favored Sunday. A $1-million purchase as a yearling at Fasig-Tipton Saratoga, Flightline debuted in March with a 13 1/4-length win in a maiden race at Santa Anita. He didn't resurface until September, when he won a Del Mar allowance race by 12 3/4 lengths, earning a 114 Beyer figure. The 114 is tied with Baby Yoda (Prospective) for the fastest number handed out on the year. Baby Yoda will also run in the Malibu, but is winless in two tries since his big-figure race.

Glatt respects Flightline, but believes his rival has something to prove in what will be his stakes debut.

“He's certainly been very impressive, to say the least,” Glatt said. “He basically manhandled horses and has done things extremely easily against lesser competition. One could say that until he beats stakes caliber horses that he is a little bit unproven. Certainly, his connections are very high on the horse. They've been on the record saying he's America's horse. Unless you're the one trying to outrun him, he's been a fun horse to watch. But you never know how a horse is going to respond when looked in the eye by a horse who has comparable ability. He may very well pass that test with flying colors, but until he does it we don't know. Hopefully, at some point in the race Dr. Schivel will be looking him in the eye. If he's as good as his connections say he is I am sure he will be difficult to outrun. But that's why they run the race.”

Flavien Prat took off Dr. Schivel to ride Flightline. Juan Hernandez has picked up the mount for Glatt.

“That says a lot about what Flavien thinks of that horse,” Glatt said.

Prat also took off 'Rising Star' Triple Tap (Tapit), who is two-for-two lifetime and a half-brother to Triple Crown winner American Pharoah (Pioneerof the Nile). John Velazquez will be aboard for trainer Bob Baffert.