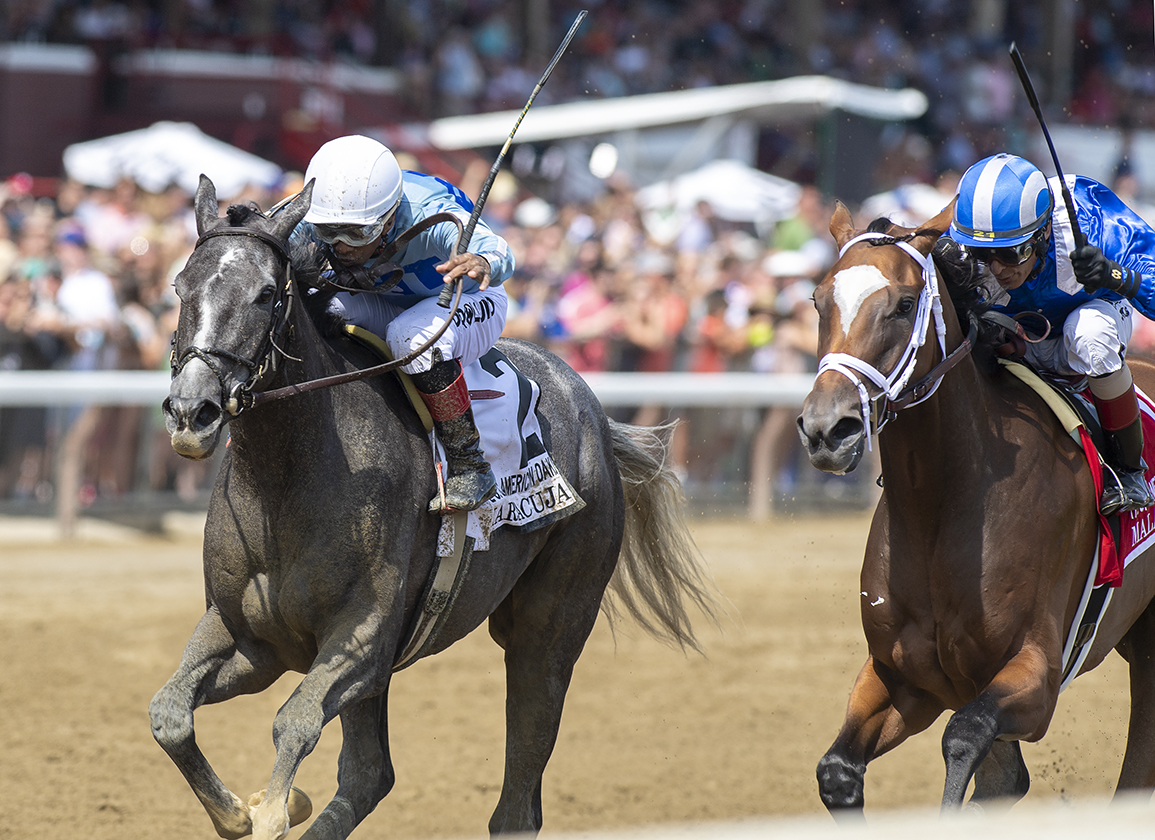 Shadwell Stable's Malathaat (Curlin), who suffered her first career defeat when second behind Maracuja (Honor Code) as the heavy favorite in the four-horse GI Coaching Club American Oaks Saturday, will be aimed at a likely rematch with that filly in the Aug. 21 GI Alabama S.

“We had a difficult time analyzing the race beforehand and how we thought it might unfold,” admitted trainer Todd Pletcher. “There wasn't a lot of speed on paper and we were in the one post with a target on our backs, so our strategy was to let her run away from the gate and try to establish a position into the first turn, or if someone was to clear us, hopefully move out into the clear.

“Everyone left there with the same intention and by the time we got to the first quarter, we'd gone :23 and 1, which is fine if we could have a little breather along the way,” Pletcher continued. “But as soon as we got on the backside, Irad [Ortiz, Jr. aboard Clairiere] made a move and put pressure on her. She kind of had to fight off the whole field. When you're a heavy favorite in a race like that with a short field, those things can happen. I'm not disappointed with the filly at all. I thought she ran bravely considering everything that was thrown at her off the layoff. If she comes back well, we'll point towards the Alabama.”

Pletcher said CHC and WinStar Farm's Life is Good (Into Mischief), a recent addition to his New York-based stable, could make his next start in the Aug. 28 GI H. Allen Jerkens Memorial S. or in the Aug. 24 GIII Smarty Jones S. at Parx following a four-furlong drill in :48.88 (5/27) at Saratoga Saturday.

“He's a very impressive horse to watch train. He did that well in hand throughout,” Pletcher said of the work. “We'll play it by ear, but we have a couple of options with the Allen Jerkens here and the Smarty Jones at Parx would be a possibility if we needed more time. He's a super talented horse and we're fortunate to have him.”

Unbeaten in three lifetime starts, Life is Good has not started since romping to an eight-length victory in the Mar. 6 GII San Felipe S. for trainer Bob Baffert.