Magic To Shine In Manikato 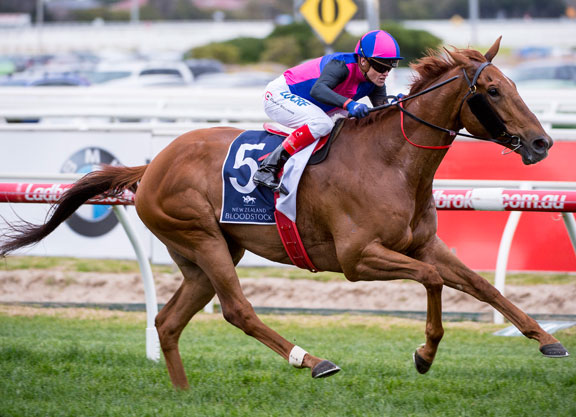 While not yet carrying black type status, the field assembled for The Everest on Oct. 14 at Randwick clearly indicated the potential future Group 1 nature of the race, and two runners from that race, as well as another from the very same meeting, hold the key to Friday night's G1 Manikato S. (1200m) at Moonee Valley.

Set to start favourite, as he did in The Everest, David and Ben Hayes and Tom Dabernig's Vega Magic (Aus) (Lope de Vega {Ire}) produced an impressive turn of foot to charge late, finishing three-parts of a length in second behind Redzel (Aus) (Snitzel {Aus}), his first defeat since being trained in the eastern states. With nine wins at the distance, and although never having started at the tight turning Moonee Valley circuit, the A$3.4-million earner looks to have everything in his favour.

Not selected for a slot in The Everest, talented mare In Her Time (Aus) (Time Thief {Aus}) contested the consolation race, the Listed Sydney S. (1200m) on the same card and in defeating Group 1 winner Impending (Aus) (Lonhro {Aus}), the 5-year-old recorded a time quicker than that of The Everest winner. Having never travelled to Melbourne, the mare is unknown at the reverse way of going, but if jockey Corey Brown can cuddle her from barrier two, and she is presented with a clear run, it would be no surprise to see the Newcastle-based mare cause an upset and claim her first elite-level victory.

A winner of the Manikato S. in 2015, the grey flash Chautauqua (Aus) (Encosta de Lago {Aus}) came from last at the 800m mark in The Everest to be beaten a length and a half into fourth position. With two wins at the track, including one at the distance, Chautauqua's 'Melbourne' jockey Dwayne Dunn will probably need to come wide once the field heads into the short Moonee Valley straight and with an ounce of luck, the Hawkes Team-trained 7-year-old will be in the finish.

Unbeaten at the track, Tony McEvoy's G1 Australian Guineas winner Hey Doc (Aus) (Duporth {Aus}) has had a freshen up, having not started since disappointing behind Humidor (NZ) (Teofilo {Ire}) in the G1 Makybe Diva S. on Sept. 16. Putting in two sharp pieces of work during the last week when working at Moonee Valley, the 4-year-old finished just over two lengths from race favourite Vega Magic at Group 1 level in the Memsie S., which suggests he presents a rough showing in the A$1-million sprint.

Somewhat of an enigma, the Gai Waterhouse and Adrian Bott-trained English (Aus) (Encosta de Lago {Aus}) hasn't tasted victory since the G2 Challenge S. on Mar. 4 when successful over Redzel, and with a change of jockey here, the talented mare is capable of improving on her two-length seventh to Rebel Dane (Aus) (California Dane {Aus}) twelve months prior in the race.

Losing out in a photo finish in the G1 Moir S. at this track on Sept. 29 behind Golden Slipper winner She Will Reign (Aus) (Manhattan Rain {Aus}), Adelaide-trained mare Viddora (Aus) (I Am Invincible {Aus}) deserves a Group 1 victory and from barrier four should get a cosy run in transit and be in it for a long way.