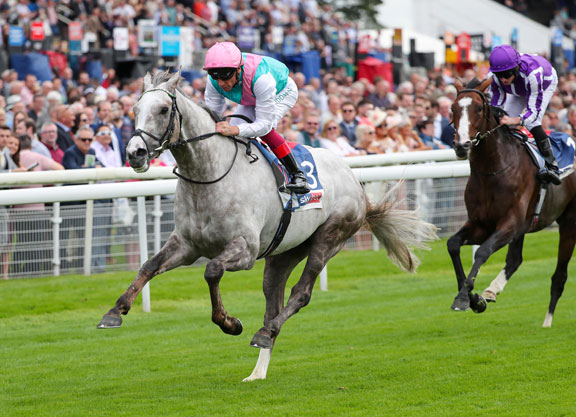 Connections of Logician (GB) (Frankel {GB}) are keeping their fingers crossed last year's G1 St Leger hero will return to action later in the campaign. The roan enjoyed an unbeaten run of five races in the space of four months in 2019–progressing from a Newbury maiden win in mid-May to landing the G2 Great Voltigeur S. at York in August and the season's final Classic at Doncaster in September. Logician was expected to ply his trade at the highest level over middle distances this term, but his comeback was delayed after he suffered a life-threatening infection during the winter. However, he is reported to have made a full recovery and has recently returned to light exercise.

Teddy Grimthorpe, racing manager to owner-breeder Khalid Abdullah, said, “Logician is back doing good canters now, but has not done any work as yet. He's progressing nicely and it a case of so far, so good for him, but I'm not going to put a date on it [when he will return to competitive action]. We'll just see how he comes along and he'll tell us when he's ready.”